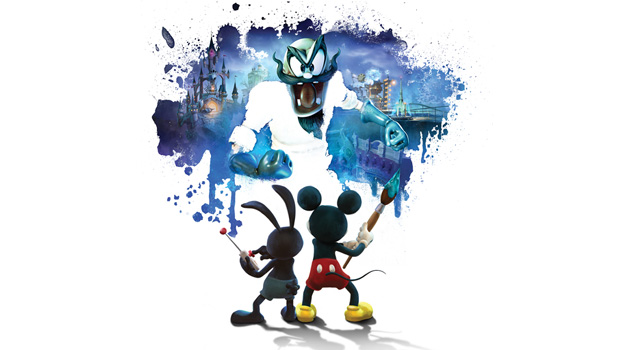 GamesRadar has uploaded a nearly five-minute walkthrough of the upcoming Epic Mickey 2, demonstrating the 360 build and the new drop-in, drop-out co-op. GR has confirmed suspicions that the Wii version is the lead platform. Junction Point is handling Wii development itself, while the HD ports are in the care of Blitz Games, previously responsible for Bad Boys: Miami Takedown and the Burger King Xbox games. Yummy.

In addition, it looks like co-op is limited to local play for now. That may or may not change in the future.

Then there is the Nintendo Power confirmation of the rumored 3DS companion title. Epic Mickey: Power of Illusion is being handled by DreamRift, previously responsible for the low-key but fun DS gems Henry Hatsworth and Monster Tale. Personally, the portable version is sounding more promising than its home console brothers. I’ve keep my eyes peeled for more info.