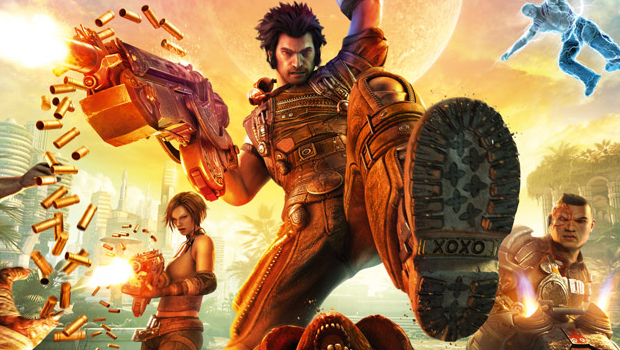 Despite plenty of hype, solid reviews, and a premise that seemed almost cynically geared toward the modern American gamer, Bulletstorm didn’t do as well as Electronic Arts hoped. People Can Fly’s violent shooter didn’t set the world alight, and papa developer Epic Games wants pirates to shoulder some blame.

“From a sales perspective it was good, but not amazing. I think EA was hoping we’d do better,” confessed Epic’s Mike Capps. “We made a PC version of Bulletstorm, and it didn’t do very well on PC and I think a lot of that was due to piracy. It wasn’t the best PC port ever, sure, but also piracy was a pretty big problem.”

According to Capps, Bulletstorm 2 was in the works, with some initial development already underway before Epic moved People Can Fly onto other projects. Capps said he’d “love” to see a sequel, but there’s nothing to talk about right now.

See what you’ve done, pirates? It’s scientifically proven that you ALL would have bought Bulletstorm if you hadn’t pirated it, which is a fact proven in a laboratory by scientists. Also, the Mir Space Station would still be going strong if it wasn’t for you!