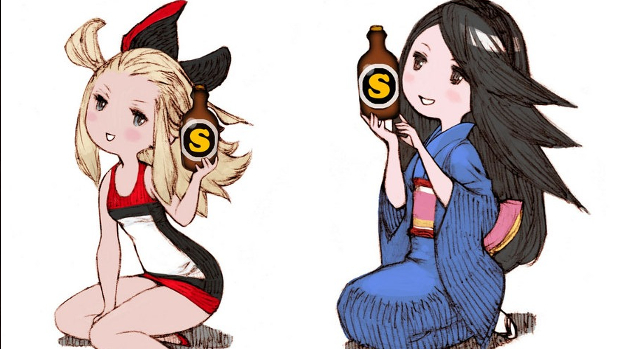 Bravely Default is coming to the United States next year, the UK on December 6. Not only that, but we will be getting an enhanced version of the original game, Bravely Default: For the Sequel. They even managed to make the name worse! A dumb subtitle isn’t all that’s being added, according to Siliconera.

Along with a raised damage cap, the new Bravely Second feature allows you to pause time, using SP, and freely whale on foes. You earn SP every eight hours the 3DS is in sleep mode. Alternatively, you can purchase SP with MON-EY. That is, real world, actual money. With this actual money that you earn from a job that probably underpays you, you can buy SP Drinks from the eShop. This gives you three SP. Pricing is still being hashed out.

Why? According to producer Tomoya Asano, “the reason we decided to go through with the plan is because of our wish to have as many people possible beat the game. Some players might want to continue with the story but might not be able to beat the boss no matter how hard they try, and eventually give up on the game, which is the last thing we’d want.”

This, of course, is a load of crap. If you want as many people as possible to finish, you would not, for one, tie a less skilled player’s ability to finish to their ability to pay for assistance because that naturally precludes at least some people when a non-payment option wouldn’t. Rather, make an easy mode or some sort of skip function. In fact, this has been done — encounter rates and difficulty are now adjustable. So this is an excuse to potentially make more money as more fiendish 3DS owners bravely default on their mortgages buying silly virtual sodas. You can be honest.