Impressions from the long-time-coming PC port

Even if it’s one of the most bare-bones PC ports of a console exclusive I’ve seen in a long, long time, it feels like a miracle that El Shaddai: Ascension of the Metatron is no longer stranded on Xbox 360 and PlayStation 3. I mean, it has been a literal decade!

If you’ve always wondered about that “experimental religion-themed action/platformer game,” it’s got a new lease on life with a PC version. It’s out on September 1, and after spending a few hours with the first four chapters, I’ve got some impressions to share. Drawing big-picture inspiration from the Book of Enoch — and then running absolutely wild with artistic vision, including decidedly “hot dog”-looking Nephilim, as Jonathan Holmes would say, and a shirtless, silent jean-wearing protagonist sent from heaven to round up fallen angels — El Shaddai is brimming with flawed hidden-gem potential.

I missed the original 2011 console release, and honestly, I truly didn’t know what I was in for with El Shaddai. It’s got some of the neatest ever raw visual energy I’ve seen in a video game mixed with some funny stilted moments — but also, as a video game, the repetitive combat and platforming kind of kill it for me as a caveat-free experience. There’s a version of this game in my head that’s “Bayonetta meets D4: Dark Dreams Must Die,” and I adore it.

I’m thankful, all the same. El Shaddai is one of those heartfelt oddball releases that deserve to be easily accessible on a modern platform even if they’re not always all they’re cracked up to be from passionate fans’ word-of-mouth. It feels genuinely one-of-a-kind, and it would be a shame to see it slowly fade into obscurity on seventh-gen consoles. So let’s dig in a bit. When you boot up El Shaddai on Steam, you’ll see an old-school windowed launcher that’s sure to conjure up certain memories. From there — assuming you’ve toggled “Screen Setting” before clicking Start — you’ll get a dialog box with some super bare-bones PC settings. It’s from another era, for sure. 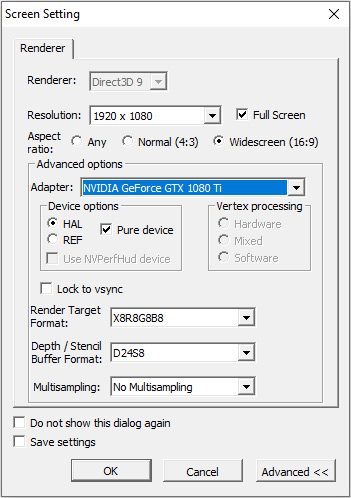 This is the part where I bear the bad news that El Shaddai is gamepad-only — so, for any search-engine bots in the room, that means no keyboard and mouse support. Flipping through the menus with an Xbox controller, catching compression artifacts in the cutscenes, only being able to alter the resolution and other graphical settings outside of the game proper — yeah, this port isn’t going to cut it for certain PC players. That goes double for the price point, which is set at $29.99. I won’t defend it, but still, I get it.

Once I was actually in the game, taking in an unreal stained-glass backdrop during a 2D platforming segment or stripping chunks of armor off fabulous minions in a 3D arena brawl, I didn’t mind so much. The technical performance for me has been stable and smooth (again, I’m up to the fourth chapter), and while El Shaddai doesn’t look as good on a modern-day PC as it conceivably could, it’s an upgrade, and it’s good enough for me.

I’m of the mind that we’re fortunate to have any PC version whatsoever. Whether you want to support it at launch, or wait for a sale, or skip it entirely? That’s up to you. Thoughts from a first-timer

Circling back to El Shaddai, in general, as a first-time player, this game sure is something.

It’s simultaneously better and worse than I expected, in ways I’m still wrapping my head around. It’s one of those games where you just want to recount random things you saw or did, and even the most basic matter-of-fact descriptions can be entertaining to rattle off.

Between the beautiful and shockingly varied art direction, the cool and sometimes unintentionally funny characterizations of religious figures and themes, and the punching-above-its-weight soundtrack, there’s a lot to genuinely love here. Cult classic, indeed.

I was pretty much “in” within the first 30 seconds of Lucifel’s cellphone-wielding shenanigans with God — to say nothing of the imagination-stoking playable credits sequence that spans hundreds of years — but I’ve since fallen back “out.” The rock-paper-scissors third-person combat system seems promising at first, and I’m sure there are folks who know how to get the absolute most out of it, but it’s not for me. Even if it can be exciting, especially in intense boss battles, and I dig the simplified yet nuanced controls, there’s so much repetition that I ultimately come away feeling like I’ve just clawed my way out of a vat of molasses. The same fights against the same enemy archetypes in the same arenas connected by the same linear corridors — it can be a super slow burn. I wish El Shaddai had one of those speed multiplier toggles that JRPG ports sometimes bring. I want to sit in awe of my surroundings, silently processing everything, and then just fast-forward through all of the filler fights. I want a Furi-style boss rush.

I was telling a few co-workers that El Shaddai: Ascension of the Metatron can be summed up as the “coolest game ever made that I want to look at and not really play.”

There’s a chance I might push through the linear structure and samey combat encounters to see where the story and the fantastic art style go from here, though I feel like I may just watch the rest of the game in a playthrough on YouTube and read a narrative recap.

On that note, the Steam edition comes with a “post-ending novel” to flesh out its world, and it sounds like Takeyasu is as passionate about this ambitious IP as ever. Hopefully this isn’t the last we’ve heard of El Shaddai. And hopefully modders can help shore it up.

A few more screenshots for the road

Okay, I actually took 145 screens in my first three hours, so uh… 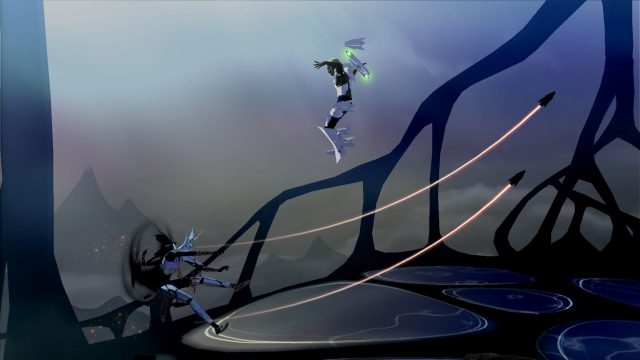 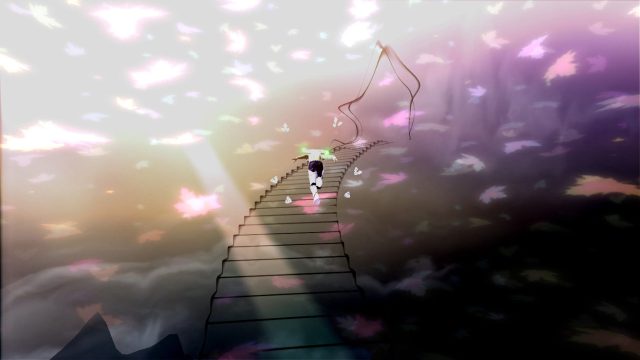 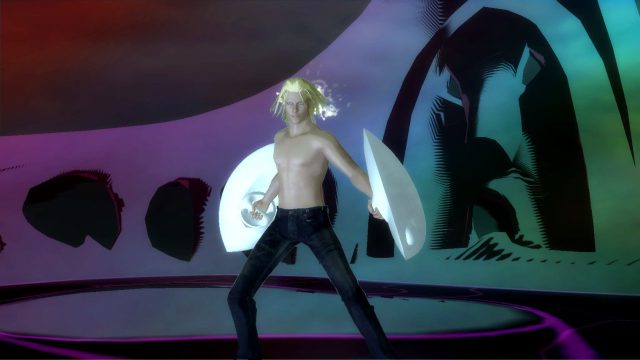