Today during their annual Treehouse live post-Direct E3 stream, Nintendo gave us some more details for Link’s Awakening on Switch.

Legendary series producer Eiji Aonuma sat in on a demo of the game and gave a few thoughts on the history of the series and why it’s making an appearance after all this time. Speaking on behalf of his team Aonuma noted that he “always wanted to remake” Link’s Awakening, in part because of how hard it was to get your hands on the original Game Boy version (it was ported to Game Boy Color in DX form, as well as the eShop, but that’s probably not enough for Aonuma).

Speaking of the DX edition, the “Color Dungeon,” a new exclusive location for the Game Boy Color port, will be included in the Switch remake. As you might have seen in the E3 trailer, new content is also a go, as Dampé (a character from Ocarina of Time) is crossing over to handle the “Chamber Dungeon” creation mechanic.

So why now,  in 2019? Well, Aonuma says that while Breath of the Wild broke the traditional Zelda formula, he wanted people to come back to its roots with Link’s Awakening. As a traditional follow-up, the time was right.

Also, get a load of Nintendo’s real-life rendition of the Link’s Awakening hub, Mabe Village! Fantastic. In case you haven’t heard, the game is also getting a special amiibo figure. 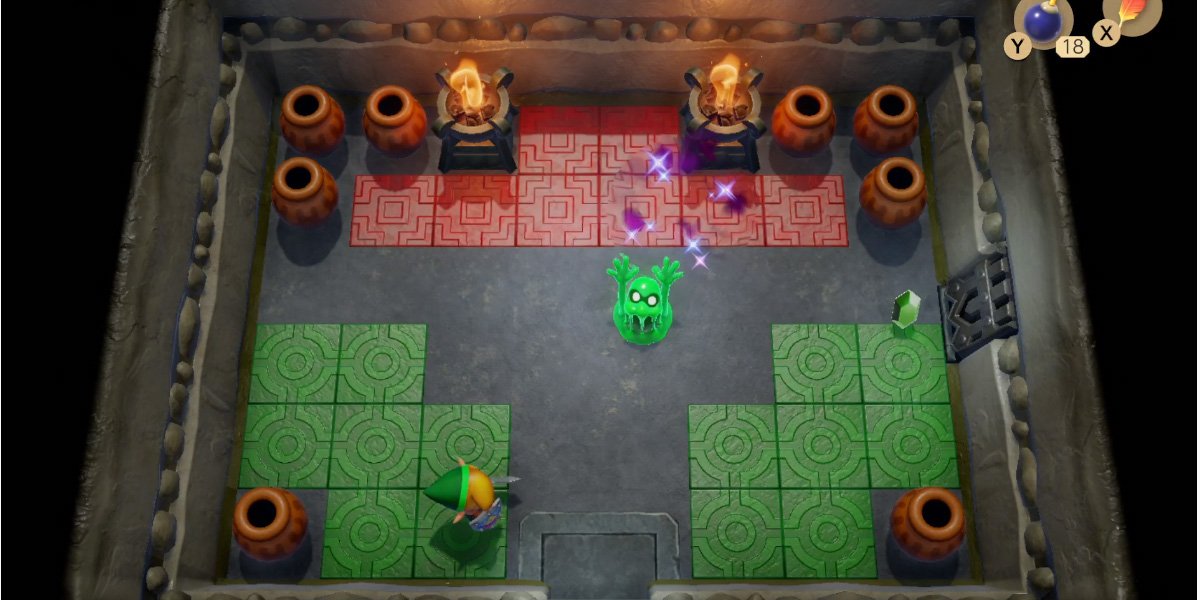