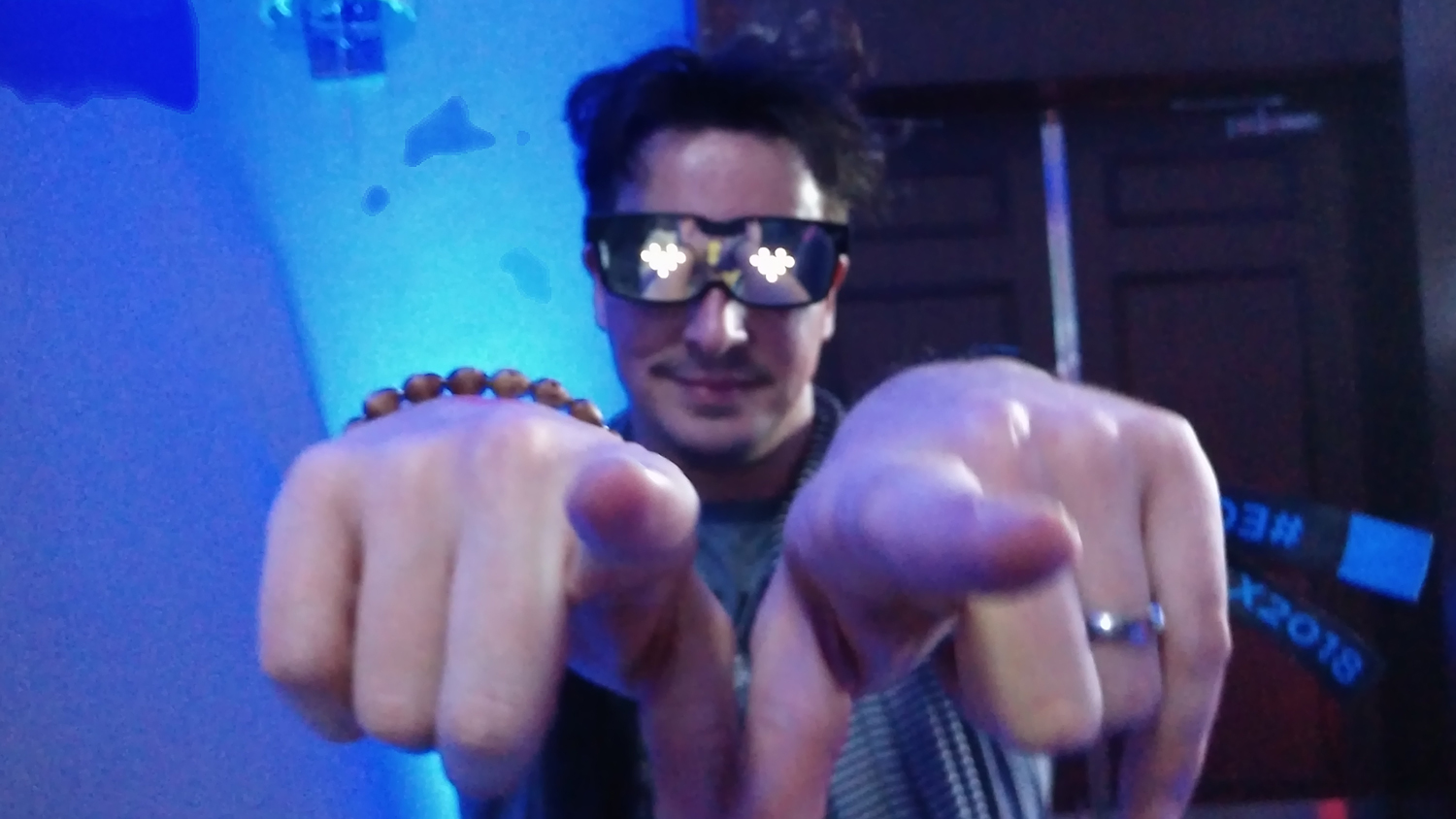 I’m not entirely sure an early weekend in March, the weekend where daylight saving begins and we all lose an hour of sleep on Sunday, is the best time to hold a video game convention. I don’t remember a point during the five days I was in Canada where it wasn’t below freezing, my lips becoming more and more chapped with every sudden ice flurry that battered my face. It was downright dreary on the frozen streets of Mississauga, but inside the convention doors of the International Centre, I quickly warmed myself with the genial hospitality of the Enthusiast Gaming crew and the general atmosphere of the thousands in attendance.

EGLX was my very first gaming convention. Though I’ve been writing for this site for roughly four years this week, I’ve never had the chance to go to E3 or PAX or even Gaymer X. It was never in the cards for me, so when I was invited by Destructoid to cover the show in Canada, I didn’t hesitate to say yes. A $200 passport fee and a five-hour flight later, I’d made it to a show I really didn’t have any faith in.

Destructoid was purchased by Enthusiast Gaming last year after E3 and since then I didn’t know what to expect from our new owners. Not much changed with the site, so when I found out they were putting on their own gaming convention, I honestly thought it would be some chintzy event that would leave us all embarrassed to be there. I’m a cynical guy so I didn’t expect much. I didn’t expect four massive stages for competitive gaming. I didn’t expect three days’ worth of educational panels. I didn’t even realize I was sitting on a panel until the day before. I didn’t expect to meet the developers of Cuphead or see some truly amazing cosplay or have a long conversation about games with a complete stranger while playing Halo on Xbox One.

Having never been to a gaming show I didn’t know where exactly to set the bar. A week out from the show that bar is now set extraordinarily high as EGLX introduced me to the gaming community in a way no other event had before. 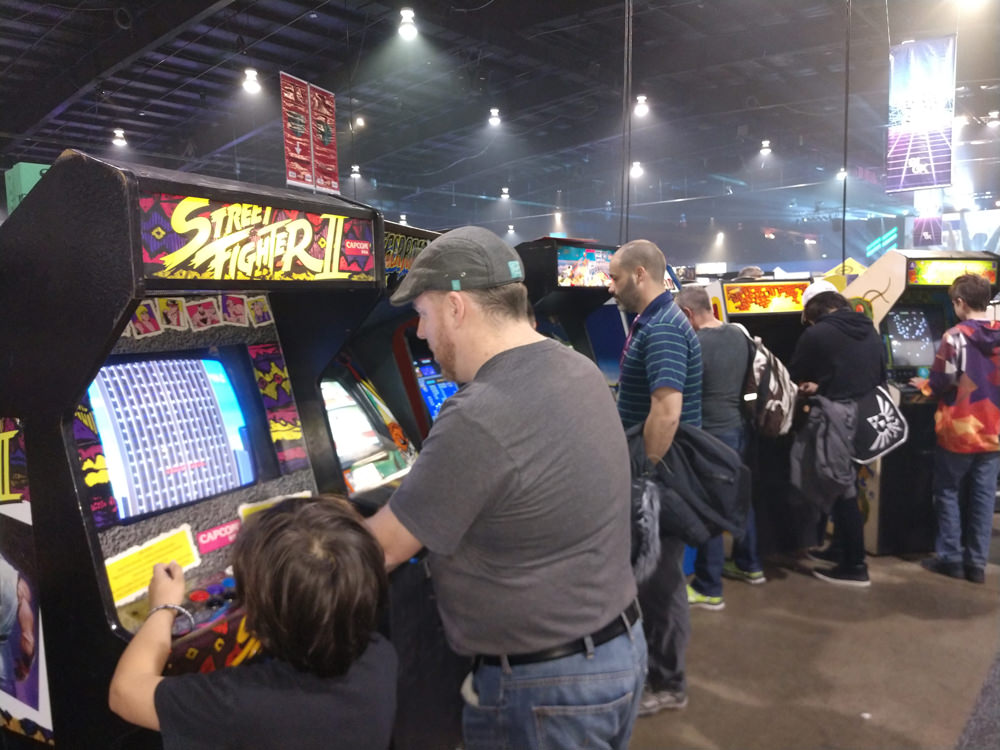 The opening day of EGLX was relatively quiet. Walking shoulder to shoulder with the Destructoid crew — including my new BFF Wes — we took a look at the show floor to see what we would be dealing with. We were there for fun, sure, but also work. This wasn’t a vacation but a business trip. Though the hall of the International Centre was confined to only 100,000 square feet, Enthusiast Gaming sure crammed a ton of shit in there. Indie and student game booths, several VR setups, rows and rows of PCs for PUBG, Rocket League, and Fortnite, an entire section devoted to Hearthstone, tournaments for Smash, Dragon Ball FighterZ, Street Fighter, and more, garbage cans, tons of merchants and independent artists selling memorabilia I wish I had money for, and so much more. Nintendo of Canada set up shop in style with Switch systems playing everything from Doom to Lovers in a Dangerous Spacetime. My favorite section was dedicated to classic arcade cabinets and had I known I wouldn’t get much of a chance to play them on the second and third days of the show, I would have spent more time with them on the first.

The layout of EGLX was a bit deceptive. The main stage faced the entrance to the convention hall and it wasn’t until my second day there, fresh off interviewing one of the developers of King of the Hat, that I realized there were three more stages dedicated to competitive gaming. As I sat and watched two players duke it out in Melee, the commentators jabbering on in their little booth just to the side of the stage, I turned my head to the ceiling and took everything in.

The sights, the sounds, the not-off-putting smells; this is what I’d always wished gaming was for me. Because it’s not just a hobby to me like it is for most of my friends, it’s a passion. I’ve been at this for 26 years. I have hundreds of games under my belt and hundreds more I still have left to beat. I’ve poured thousands of hours of my life into enjoying as much of the medium as I possibly can, so what a kick to the nards it was to realize I waited until I was 32 years old to discover how righteous gaming conventions are. What the hell CJ?!

And I wasn’t just there attending and meeting small developers. I was part of the show too. Sitting on the panel the first day of the show was surreal. Sure, we didn’t attract a Cuphead size crowd, but there were people who wanted to see us, to listen to what we had to say, and to hesitantly ask us questions only after they were goaded with free Mr. Destructoid decals. I’m the Features Editor here, sure, but I honestly didn’t feel I belonged on that stage. What do I have to offer? I’m not worthy of representing Destructoid. I’m just a dumb guy who used to write dumb jokes. 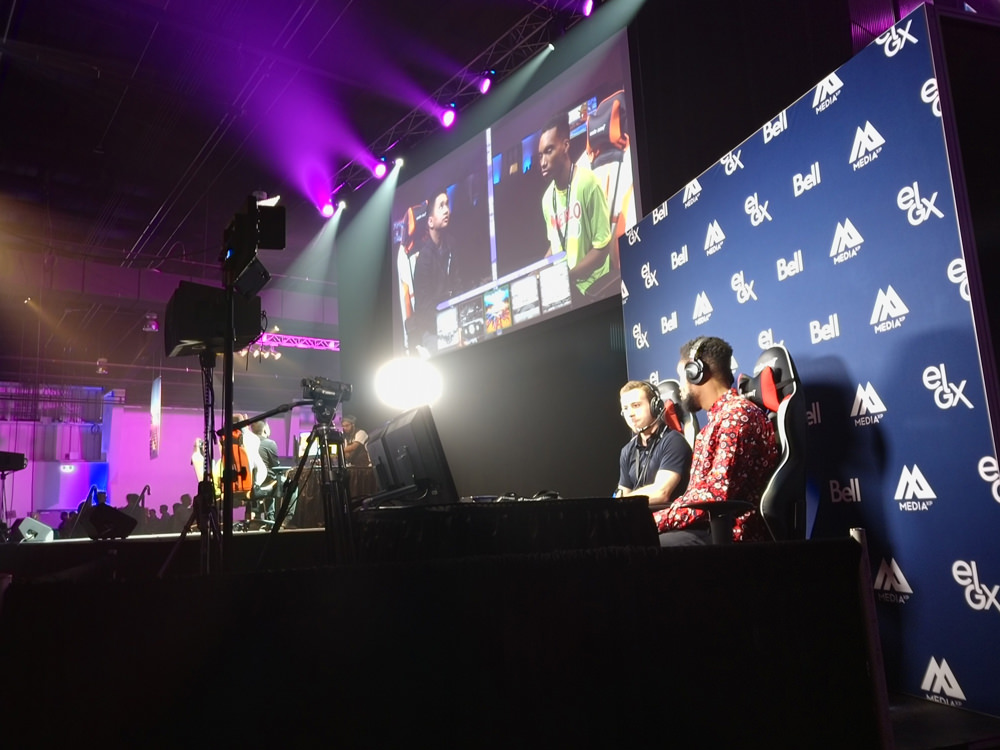 The second and third days of the show were wall-to-wall people. I held the door for competitive gamers as they trucked in their computers for competitive Counter-Strike. I waited in line for my chance to play old-school Street Fighter II. I spoke with student developers who were passionate about projects that may never see the light of day. I spoke with our Canadian overlords as they shot out ideas for making the site better than it is today. I shared an elevator with a guy from Normal Boots. Above all else, I got to meet Destructoid community members CelicaCrazed, Flameboy84, and Singapore Sling. Shaking hands with dedicated Destructoiders actually made the whole trip worth it. Outside of meeting Steven Hansen a few times, I’d never met anyone from Destructoid in person before, staff or otherwise. But after EGLX, I now feel closer to this family than I ever have before.

The highlight of the weekend for me came from a gentleman whose name I cannot remember. On the third day of the show, I made my way to the free play section of the show where console from throughout gaming history had been set up for anyone to play. The only system open when I got there was the Xbox One with Halo playing on it. Not long after I sat down I was joined by a young man who took up the second player controller and together we made our way through the first two levels of the game. For 45 minutes, he grilled me on my gaming history. Do I like Halo? What’s my favorite first-person shooter? Which Battlefield do I play? What other genres do I play?

I laughed about it afterward, but on the Monday after the show, as irate Air Canada passengers verbally assaulted employees due to canceled and pushed back flights, I realized my conversation with this gentleman was the highlight of the show. Because that’s what gaming should be for all of us: a shared hobby for strangers of all different backgrounds to bond over. I may never see this guy again, but for those 45 minutes, I had a better conversation about gaming than I’ve ever had with any of my actual friends.

I come away from EGLX a more focused person. I look at what I do here and know it’s not enough. Though soft-spoken and impossible to not get along with, Papa Niero showed me what actual passion looks like. His dedication to Destructoid is only rivaled by Enthusiast Gaming’s dedication to making the best damn convention Canada has ever seen. I still don’t know what it is I offer Destructoid, but after my weekend at EGLX, I won’t stop looking until I figure it out. 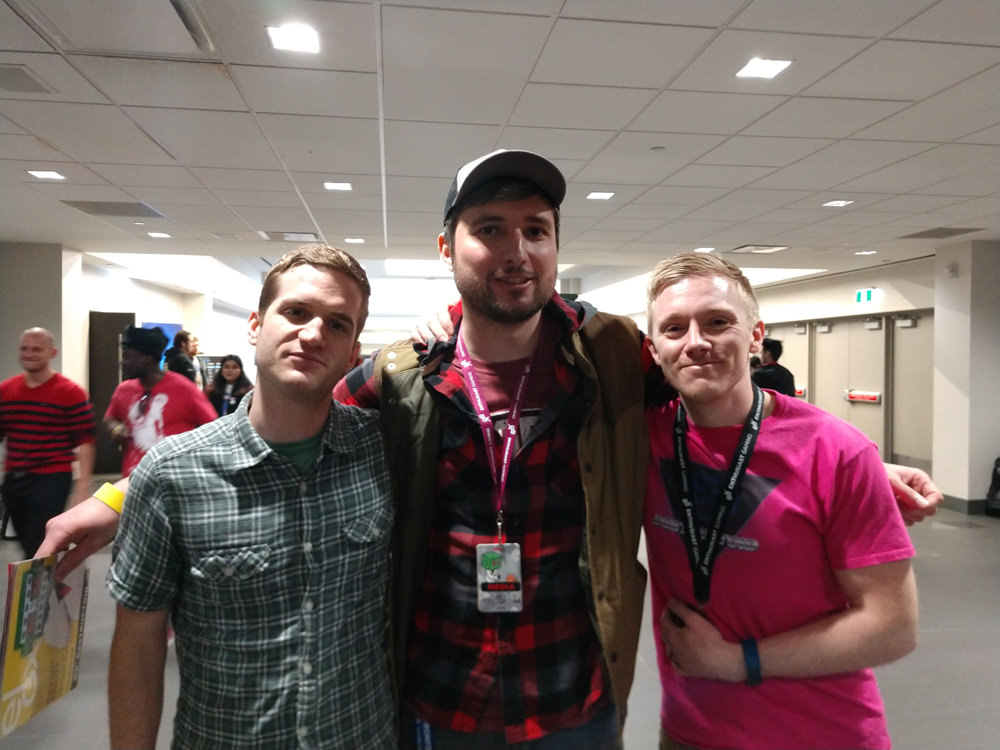 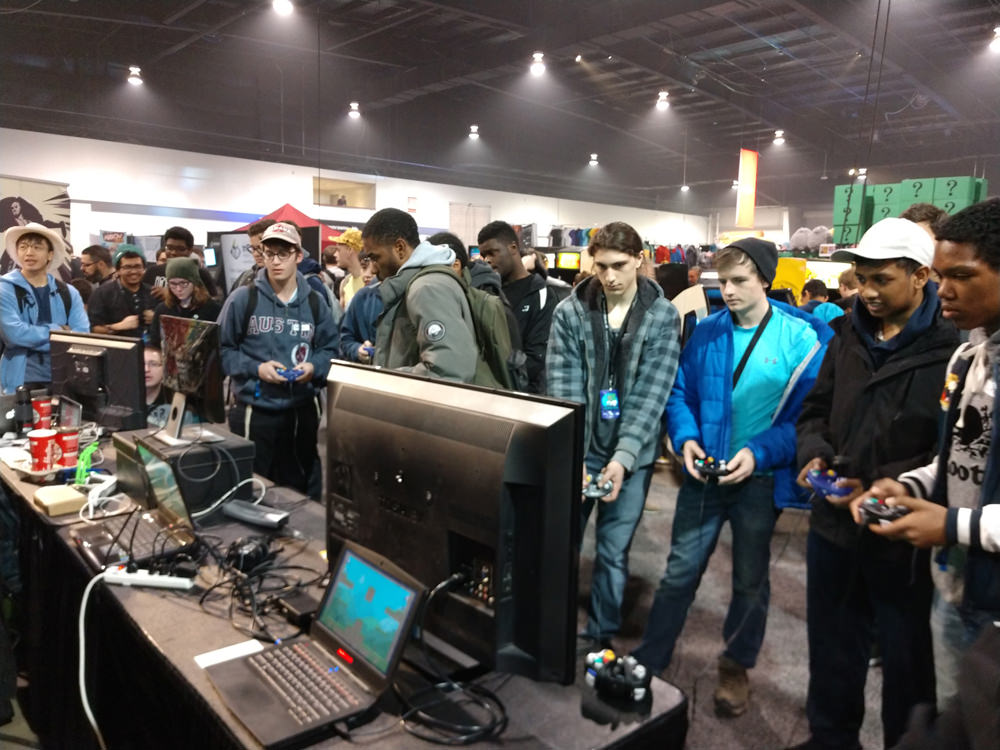 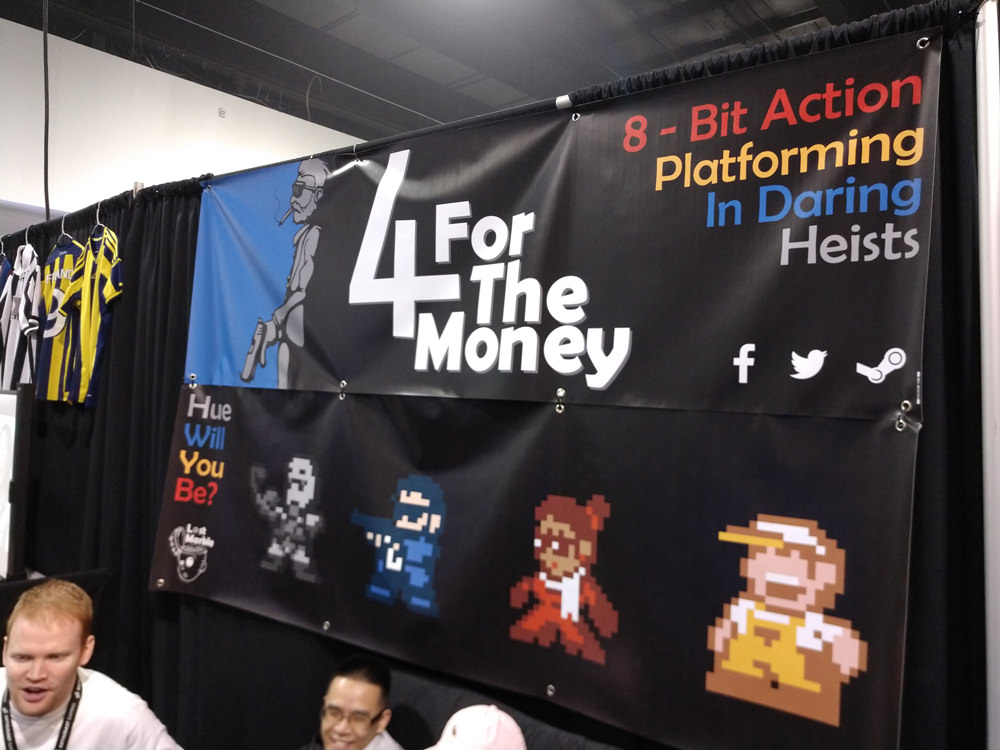 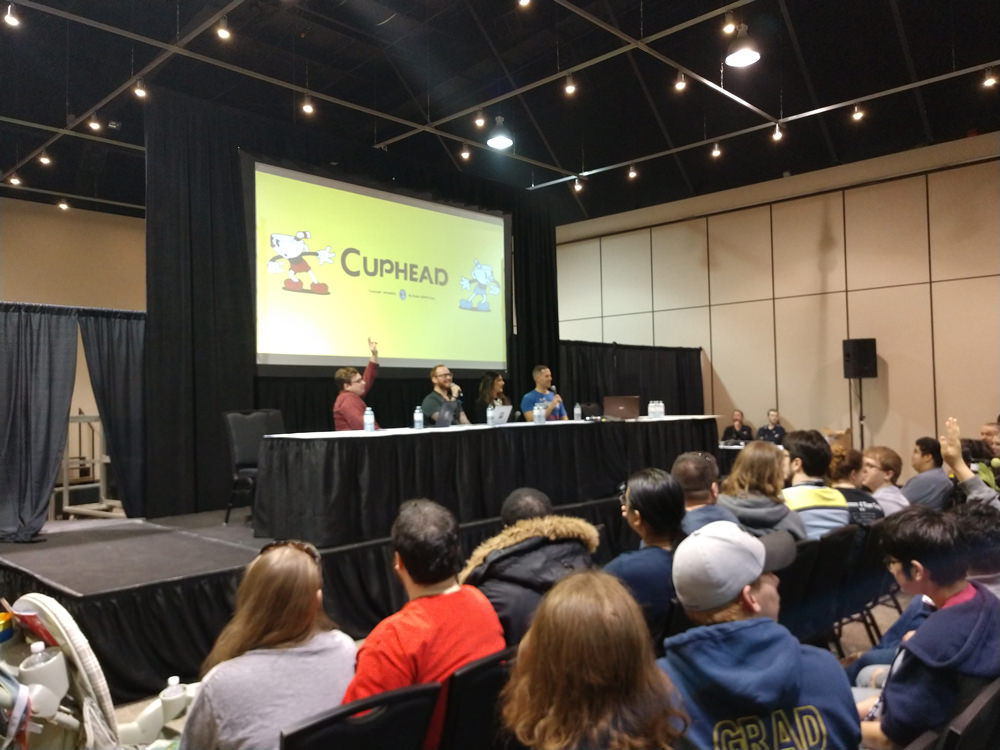 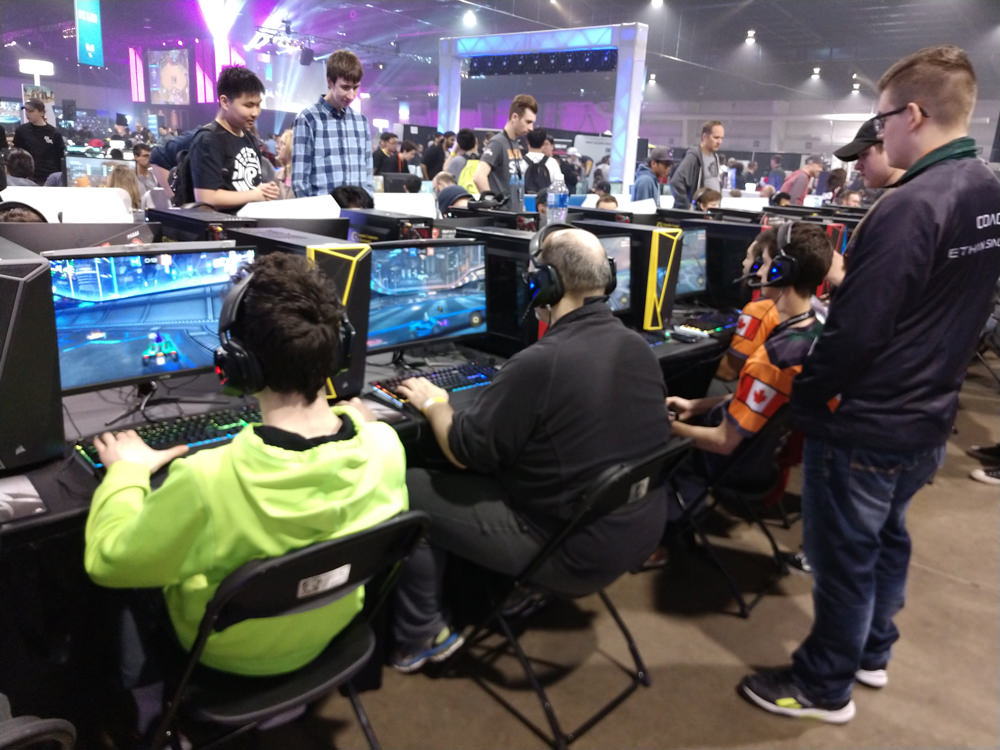 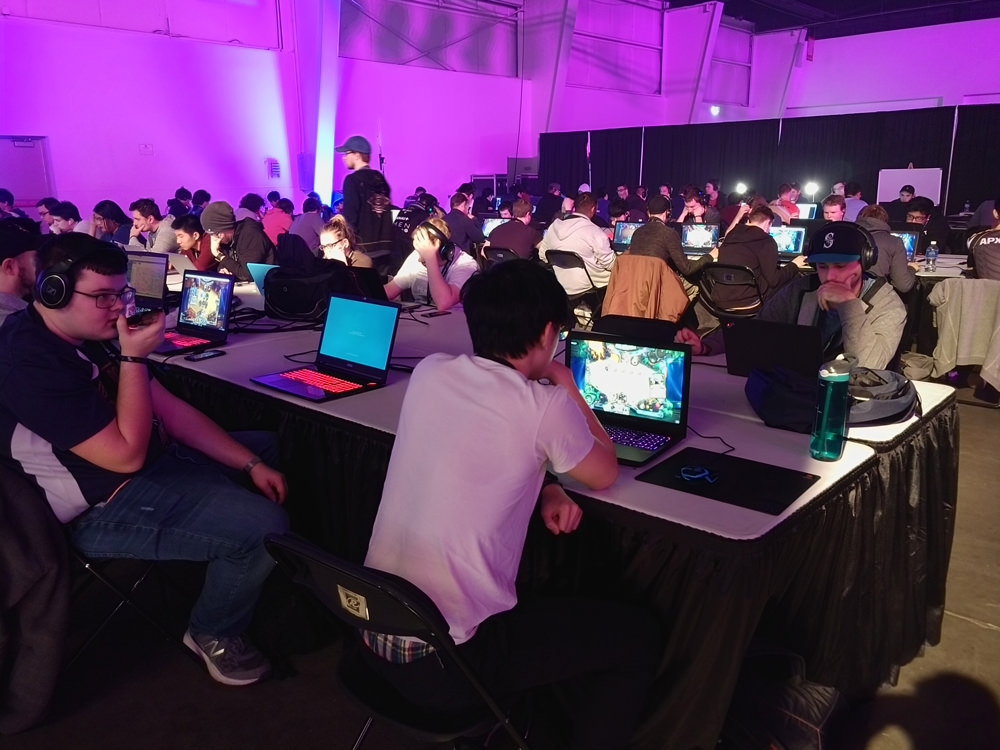 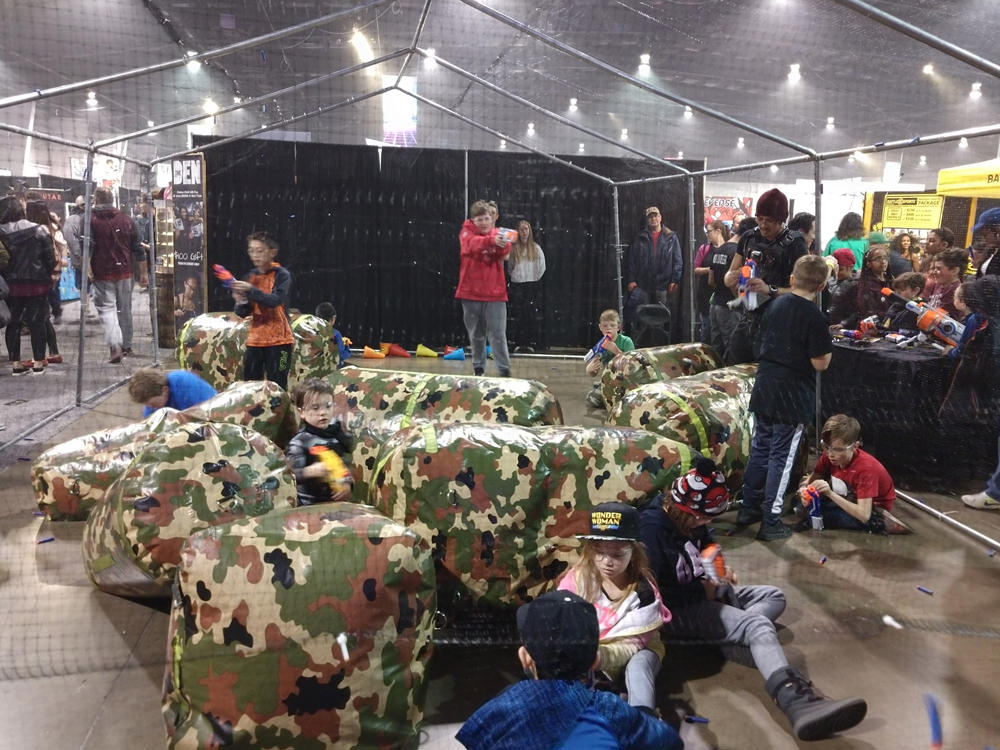 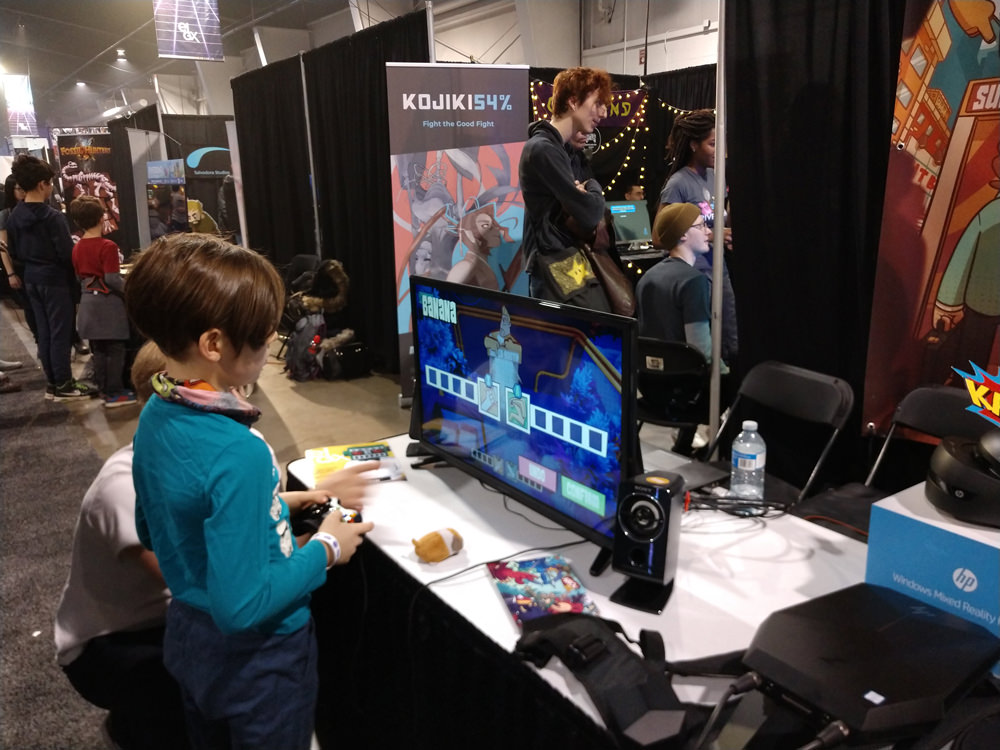 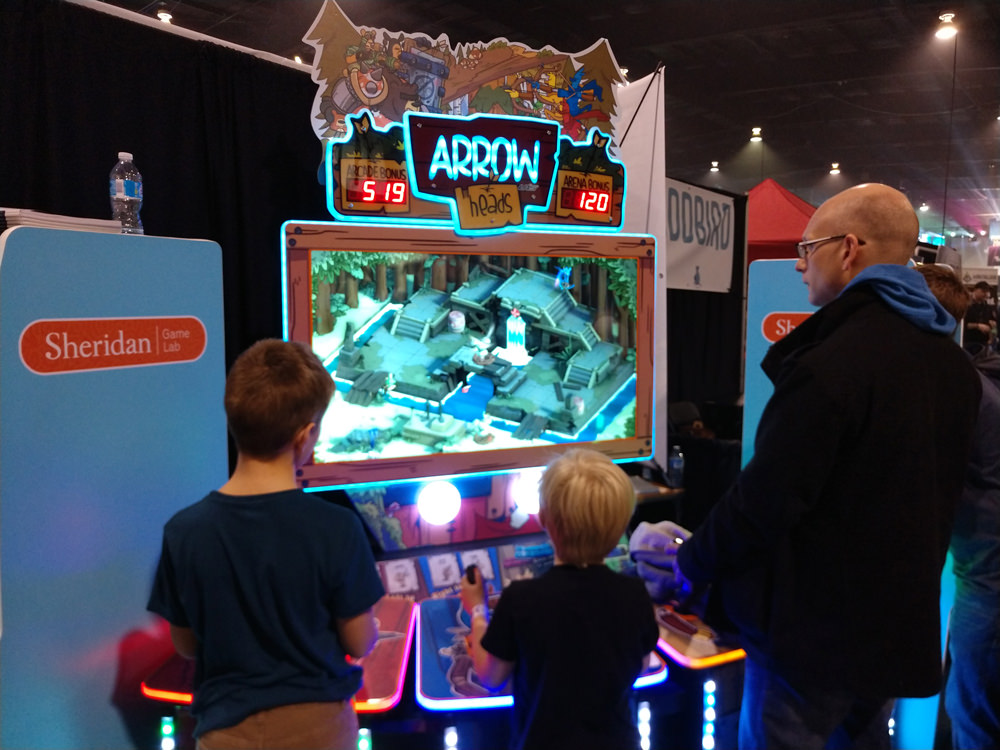 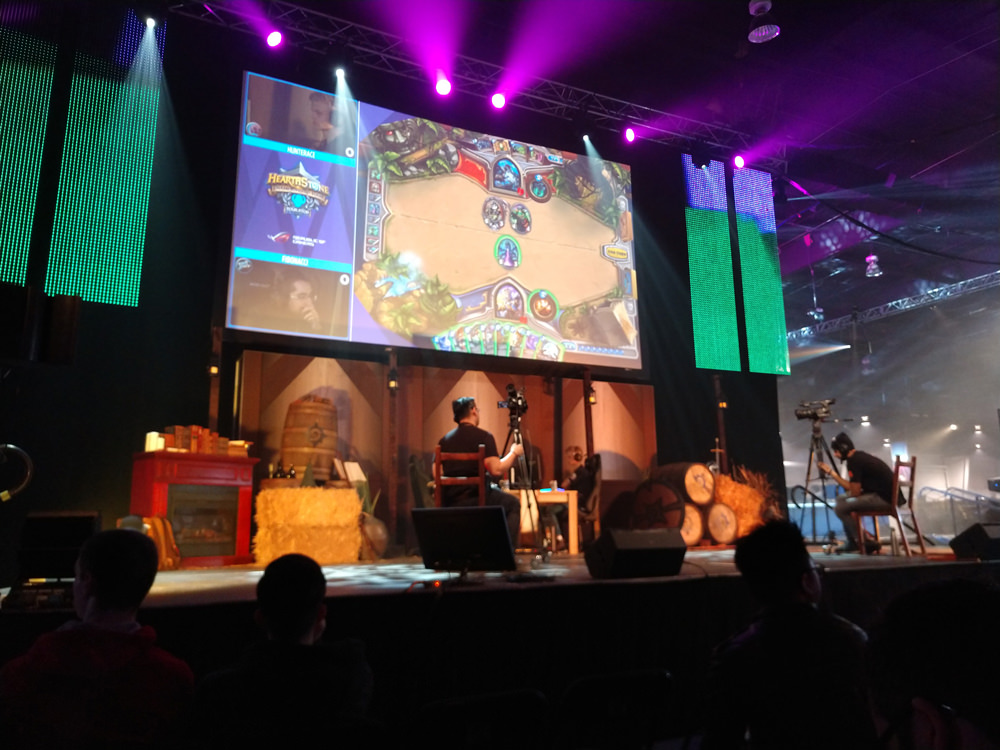