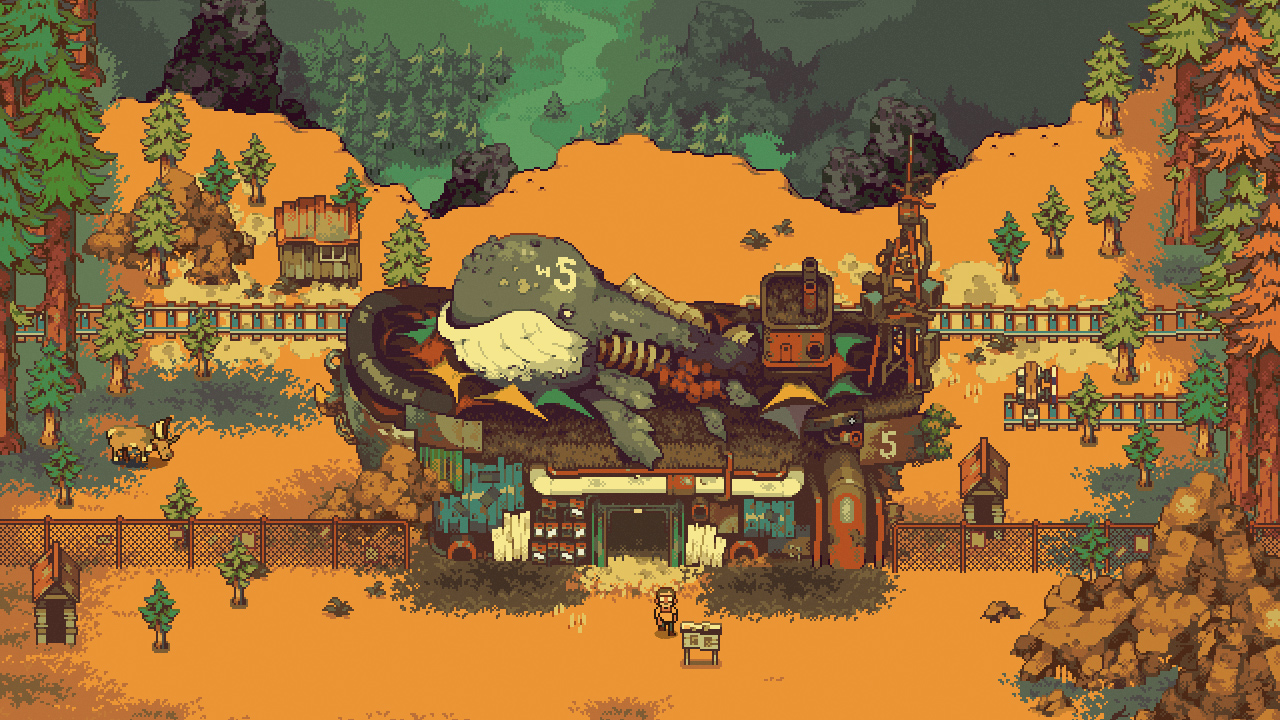 It looks wonderful in motion

Stardew Valley publisher Chucklefish has revealed another one of its upcoming projects, Eastward, an action-adventure title set in a ruined world. It’s in production at Pixpil, a small team inspired by Mother and Zelda, and has a soundtrack composed by Joel Corelitz of Hohokum and The Unfinished Swan.

The setup: “you play as a hardworking digger John, who must guide a mysterious girl named Sam through dangerous decaying cities, inhabited by strange monsters, and even stranger people!”

Before you flee from talk of another Mother/EarthBound-inspired game (we’ve been burned before!), give the trailer a chance. Eastward looks super smooth, expressive, and quirky-character-driven.

While light on details, I’m intrigued. It takes a certain something to cut through the noise of pixel-art adventures with RPG elements, but Eastward has made it, at least for me. Its world looks special.

We don’t have a release window just yet, but I’ll be keeping tabs. It’s confirmed for PC and Mac.