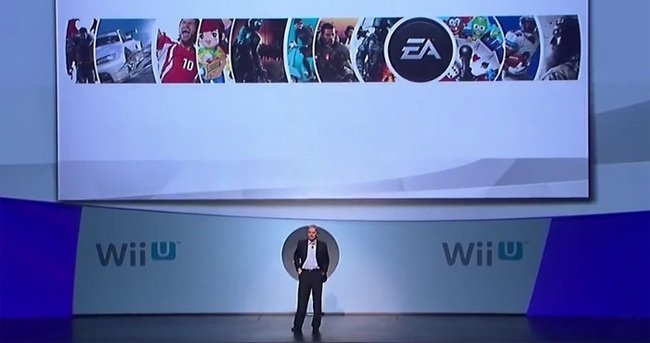 Hope for the NX?

Remember when EA came out on stage with a massive amount of support for Nintendo’s Wii U at its first E3, and then basically ran off into the night in 2013 without so much as port support? A lot of third-parties have flocked from the Wii U actually (Ubisoft included), but evidently EA is looking at what Nintendo can bring to the table in the future.

Regarding striking up a new relationship with Nintendo, EA CEO Andrew Wilson had this to say:

And as it relates to Nintendo, we’ve had a tremendous relationship with them over the years. And we will evaluate any and all opportunities with them, in the same way we do all platform opportunities.

Though the source has named the NX as part of the conversation, it was never specifically mentioned by Wilson, so we’ll have to wait and see what happens. Nintendo is in such a weird spot — the 3DS is doing great, the Wii U is kind of there, and it has two completely new markets on the horizon. 2016 will be a very interesting year for them.