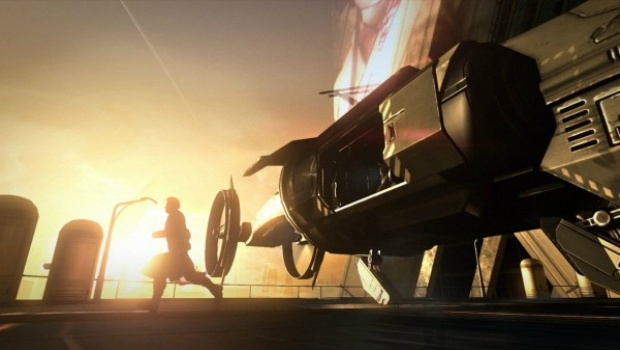 Starbreeze’s reimagining of the classic strategy game, Syndicate, might have ruffled some feathers with its switch to a first person perspective, but EA isn’t writing off a proper remake. Speaking with Eurogamer, EA executive producer Jeff Gamon said he believes that there is scope for such a project

The original was such a classic. There is scope to remake it… But I don’t think that it necessarily has to be exactly the same genre, If we did there are probably other platforms which are more suitable for it than the consoles we’re making it for, if we wanted to go in that more strategic route, that perspective… I would love to see Syndicate as a true franchise again, bringing it back and it expanding it out onto whatever platforms it’s suitable for.

In our outrage at seeing beloved games from our past mutilated and mangled to satisfy a contemporary audience, it’s easy to forget that this is potentially just the first step in reestablishing a franchise. The FPS genre is a safe bet. While it’s getting to the point of being saturated — some would suggest it’s already past that point — it’s still a massive market, far larger than the one populated by fans of isometric tactical games.

Big publishers like EA aren’t looking to make one-offs, they want all of our money, not just a wee bit. I’m more than willing to abide seeing wonderful strategy games squeezed into a sleek modern FPS if it will give developers and publishers more confidence to expand the franchise and perhaps take it back to its roots.

EA: “there is scope” to remake Syndicate [Eurogamer]