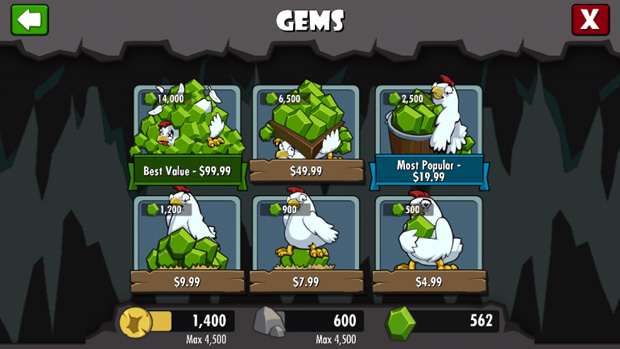 In a chat with GamesIndustry International about Electronic Arts’ place in mobile gaming, EA Mobile executive VP Frank Gibeau said that, going forward, the company’s focus will be to better figure out how to do free-to-play titles well as opposed to premium games. “We think we have the right IP,” he said. “We have the right talent. We’ve got great production values. Our scores from users are pretty high. It’s really about being able to be as good as Supercell, King, Gungho, or some of these other companies at sustained live services for long periods of time.”

That line about having the right intellectual properties might sound ominous to people who weren’t too happy with this year’s Dungeon Keeper for mobile. To that end, Gibeau said the game “suffered from a few things.” He then proceeded to describe those things:

“I don’t think we did a particularly good job marketing it or talking to fans about their expectations for what Dungeon Keeper was going to be or ultimately should be. Brands ultimately have a certain amount of permission that you can make changes to, and I think we might have innovated too much or tried some different things that people just weren’t ready for. Or, frankly, were not in tune with what the brand would have allowed us to do.”

Humorous wording aside, there’s some truth to that. Going back to the point about repurposing existing IPs for mobile players, Gibeau noted “We like the idea that you can bring back a brand at EA and express it in a new way. We’ve had some successes on that front, but in the case of Dungeon Keeper, that just didn’t connect with an audience for a variety of reasons.”

The game isn’t going anywhere as long as people are still playing it — and there are still people playing it, for some reason. But will there be a sequel? “Probably not,” he laughed.