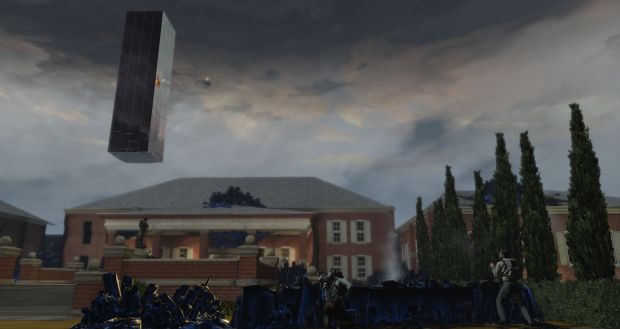 When I saw XCOM at last E3, I thought it felt way too BioShock-ish and wasn’t all that interested. Developer 2K Marin shared the sentiment on how the game was feeling like BioShock so they went into hiding after the initial showing to make some key alterations. The team on the new XCOM are big fans of the original and these new changes should please fans of the series.

For people like me who have never played XCOM before, I have to say the new direction makes the game look a lot more appealing.

XCOM takes place in 1962 at the height of the Cold War. An alien force known as the Outsiders are invading Earth and they have the technological and numerical advantage against the planet. You play as Special Agent William Carter and it’s your job to build a team of the finest minds the world has to offer in order to stand a chance against the might of the Outsiders.

The E3 demo presentation started off with Agent Carter reviewing a case file inside the military base you’ll be visiting between every mission. It’s in this base where you’ll choose what mission to take on and upgrade you and your teams abilities. 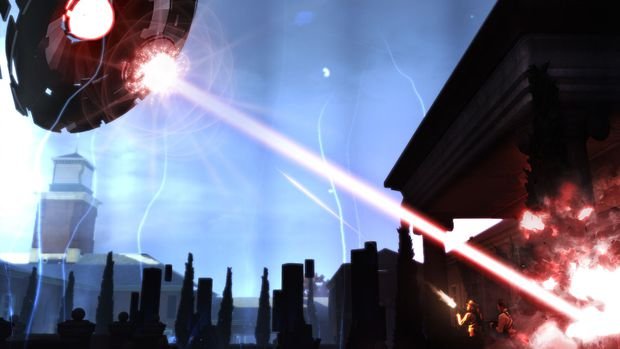 The player took on a mission to save a genius scientist who created a device that lets you capture alien technology, a key aspect of XCOM. The only way humanity has a chance against the aliens is by capturing their technology and repurposing it for their own uses.

Once on a real mission, 2K showed off just how you’ll capture the alien tech … It’s exactly like Pokemon. No joke. You have to weaken whatever you’re trying to capture at first and then throw out a ball that sucks up the weapon. In the demo, the player captures a turret and a giant floating laser beam shooting robot thing.

With these weapons captured, you can immediately deploy them out on the field to help you out. It looks like you should only do this if you need some immediate help on the battlefield. The other and more beneficial option is to take the tech you just captured back to home base and and melt it down for long term rewards such as new weapons, upgrades and agent powers. 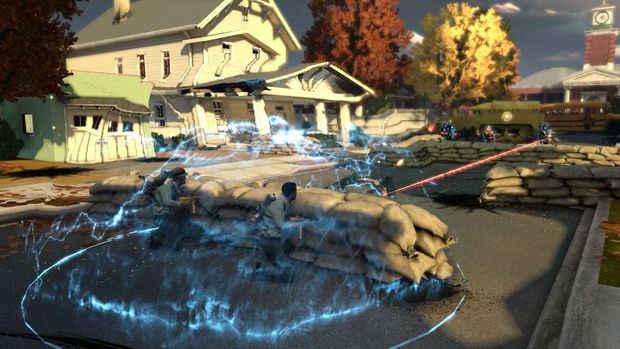 The combat is made up of first-person shooting with a mix of tactical control over your AI partners. You can order your guys to move to different locations simply by pointing at it. Then there’s Tactical Mode, a view that pulls you out of first-person view so you can get a good look at the battlefield. The combat comes to a crawl as you look around and select different attacks from the onscreen menu that comes up.

A couple attacks demonstrated from the Tactical Mode were Disrupt, which weakens an enemy with an electrical blast, and Defense Shield, which can protect or trap whatever you’re targeting. Another ability shown off made one of your AI partners look like the commanding officer which made the aliens focus their attacks on your partner instead of the main player.

As for this particular mission the demo was on, the goal was to save the scientist that created the alien capturing balls from the Outsiders as they were looking for him too. You get to the scientist just as he’s  sucked in through a portal. Carter goes through the portal too and the demo ends with the player in the middle of the alien’s homeworld surrounded by massive alien ships.

The 1960s setting looks great visual wise and the mix of first-person shooting with real time strategy is very refreshing. I need some real hands-on time, but for now XCOM is looking pretty damn good.