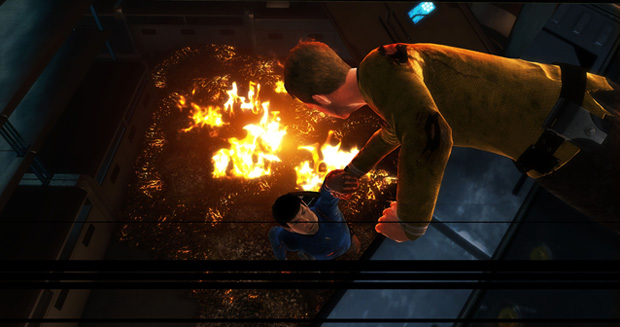 It’s kind of unfair to compare Star Trek to Star Wars 1313, and I know I’m only furthering the Star Wars vs. Star Trek rivalry, but there’s no way I could not think about my hands-off LucasArts session.

The game is aiming for a 2013 release, so there’s still time to polish the game. So far, it’s not looking all that hot. 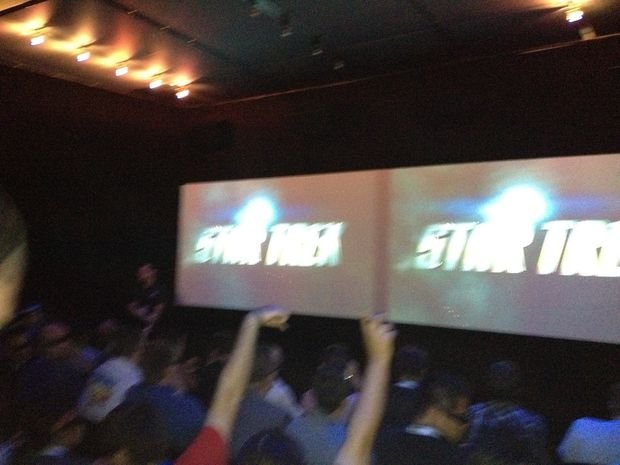 The demo was different from the one Hamza described in his preview a couple months back, though it was using the same NVIDIA technology that allowed us to look at two screens in 3D at the same time. The focus of this session was on the recently revealed Gorn species, a nod to fans of the original TV series.

Kirk and Spock answer a distress call on New Vulcan, where the survivors from the Abrams movie have colonized. Once there, the duo discover that the Vulcans have been infected by the Gorn and are blindly attacking their would-be saviors. After further exploration, they discover their first actual Gorn, who easily outclasses them in strength and agility. As tough of a time as they had against one opponent, things become even hairier once swarms appear.

The fight continues out in the open, at which point Kirk commands the Enterprise to launch a precision strike on the Gorns’ location. This is something of a super kill move that you can manually trigger at certain tough parts in the game, but it was integrated so well that I thought it was a forced cinematic event until I was informed otherwise. 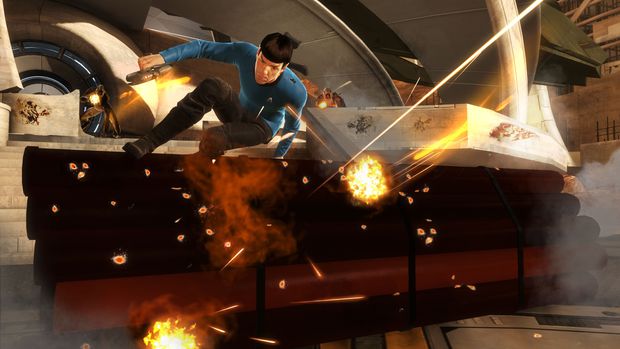 The name of the game is teamwork — Kirk and Spock will be working in tandem throughout the adventure. But while Star Trek is built as a co-op experience, you can choose play solo with AI taking command of the character you don’t choose.

As I said before, the animations look pretty janky. The game is in pre-alpha, so hopefully it’s smoothed out. Right now, it’s extremely awkward. The dialog is awkward as well. For example, Spock was visibly shaken up by the near extermination of the Vulcan race in the 2009 movie. However, when he sees the infected and dead Vulcans here then engages them in combat, he musters only the flattest responses, as though he was brushing his teeth. I’m told the demo was abridged for time considerations and that there was more character-building dialog earlier, so I would have like to have seen that.

Star Trek will be out next year for PC, 360, and PS3, and developer Digital Extremes is trying to create a seamless experience for Star Trek fans. In fact, I noticed a prototype phaser shell for the PlayStation Move. Does that mean there may be Kinect functionality on 360 as well? Their lips are sealed.

The game is certainly ambitious. I just hope all the kinks get ironed out in due time.