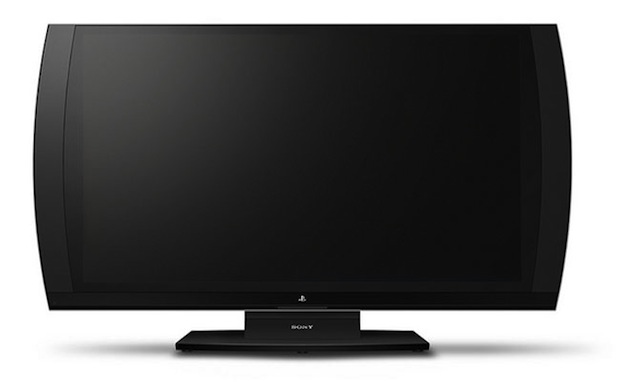 Sony showed off a new 3D television at their E3 press conference. I didn’t think much of it at first showing, though I’ll admit I was a bit more interested when learned of its price point, features and included items. The 24″ inch set is PlayStation branded, and it includes a pair of PS3 glasses and a copy of Resistance 3.

The feature that really ended up wowing me was actually the switchable 3D view that lets players see different screens with a push of a button. A Sony representative handed Nick and I each a set of glasses and told us that the button on the glasses switched between player one’s screen and player two’s. I wish I would have shot a video of our reaction. We both freaked out a bit.

When we first saw this feature in action, Nick yelled, “Where are they hiding the magic in this thing?” Me: “How…how is this a thing?”

With a simple push, with the glasses on, I could toggle between each player’s views, as could anyone else also wearing glasses. Glasses off, the screen just looks like a blurry mess. Sony says that they’re working to keep these glasses affordable ($69.99), so no worries there.

The set itself is pretty nice. It’s a thin LCD with two HDMI ports and one component port. The right rear of the set also has a headphone port. The set has flat speakers on each side. The curved styling may be a little too bold for some, though. The set sits on a small base that would look nice on any desk.

$499 gets you a full spec 3D set: 1080p at 240hz. Add in the glasses, game and made-for-consoles view switching, and this bundle quickly becomes attractive to those wanting to take the 3D gaming plunge.