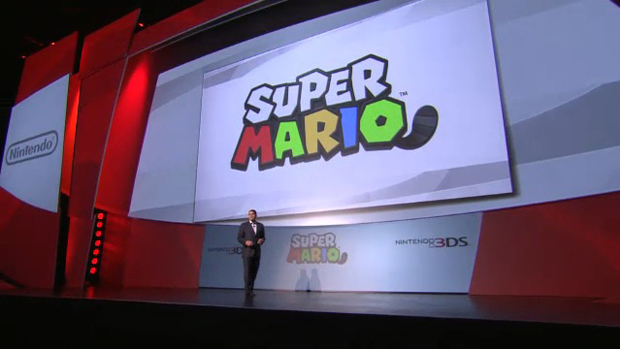 Reggie Fils Aime, the head of Nintendo of America, has just announced Mario 3D for the 3DS, claiming that it is the first 3D Mario game created from scratch for portable systems. This is part of a big push to re-introduce many of their classic titles in 3D.

Footage from the game showed off many classic Mario features, including stomping on goombas, shooting fireballs, Tanuki suits (!), coin collecting, and invincibility stars, among many others. It looked a lot like the play of the rest of the 3D Mario games, but with all new levels and content. We grabbed a lot of shots of the game in action, so check it out.