Well, the big three press conferences are finally over. Sony unleashed the PlayStation Vita, Nintendo pulled the covers off the Wii U and Microsoft … well … they had Fable.

Having seen all three conferences, I can safely say that none of them compared to the sheer brilliance of Ubisoft and Mr. Caffeine. However, which of the three companies made second place?

Here are my Jimpressions of all three conferences, complete with performance grades. Because that matters! 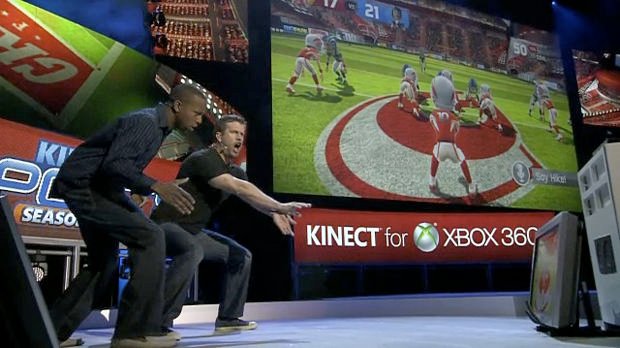 Microsoft was more of less the Kinectrosoft conference. Last week I predicted that MS would continue its tradition of providing a mostly boring press conference, and I believe I am vindicated. The big news, of course, what Halo 4, and whether that puts Microsoft in first place depends on how big a Halo fan you are.

I won’t say MS infuriated or disappointed me. I’m used to seeing the company pimp Kinect (this is the third year it’s done so) and I just don’t care enough to feel let down. MS showed stuff that would interest kids, mostly. I’m not a child. Hence, most of Microsoft’s upcoming stuff offers nothing. 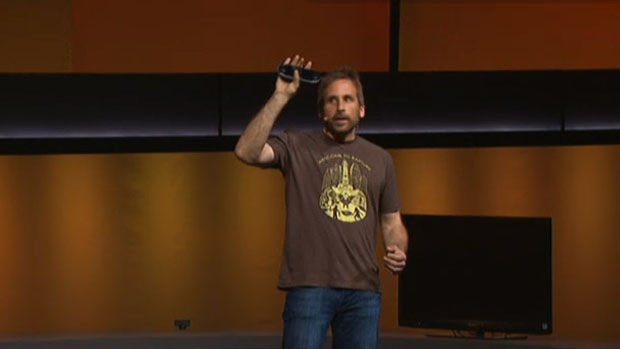 If Microsoft was all about Kinect, Sony was all about 3D. A lot of time was devoted to pimping a bunch of 3D products at a time where I think a lot of interest in the visual gimmickry has started to wane. Still, Sony did have a few cool things. The new Sly Cooper was a very good surprise, and a real crowd pleaser.

Why did they waste precious time talking about inFAMOUS 2 though? They were already running late, so why bother? If you are dedicating your time to a game that is releasing the next day, it speaks ill of your software lineup. Which is apparently just Resistance 3 for the near future. Nice.

Of course, the NGP was the star, and it looks cool enough. My one worry is that it suffers from an overload of input. Two touchscreens, tilt controls, and cameras, in addition to the buttons? It’s a lot to gawp at, and experiences might be unintuitive if developers aren’t careful. I’m excited to see what studios do, but I was burned on the PSP so I want to see how third parties support it first.

Also, Tretton’s address of the PSN hack was turbo lame. A snarky little jab at the press and a boast that the hack led to the PSN getting more activity? Hubris in the fact of what happened was rubbish. 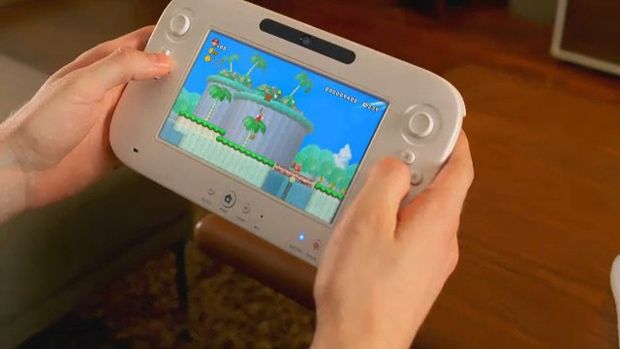 If one publisher can put on a show, it’s the Big N. Starting with a live orchestra and a Zelda montage, one can’t deny that Nintendo sells nostalgia like a boss. The Zelda news was neat, especially the free Four Swords DSiWare. I also love what (admittedly) little they showed of Skyward Sword.

Luigi’s Mansion 2 was a real surprise, and very welcome. The rest of the 3DS lineup is mostly stuff we already knew and doesn’t totally excite me. The vague release dates pissed me off, as the 3DS needs software four weeks ago. I can do with them giving us some stuff now, thanks.

The Wii U, of course, is what really turned heads. Nintendo will need to market it carefully as people are already confused. A lot of people asked if it was even a new console. Still, it’s potentially exciting, with a controller that is very gimmicky but highly promising. The video showing the woman playing golf was fantastic.

It was that first announcement of Darksiders II that really did it though. That announcement hit home the fact that Nintendo is now on a true equal footing with the Xbox 360 and PS3. Then they showed Aliens: Colonial Marines and I freaked out. Put the Aliens motion tracker on the Wii U screen and I might have to buy it twice! With the Wii U, Nintendo now offers what the 360 and PS3 does, WITH the added gimmickry. That kind of leverage cannot be ignored safely by MS and Sony.

Also, no Last Story? You are tearing me apart, Nintendo!

As far as the whole conference goes, I was not exactly mindblown, but I was not disappointed. Nintendo was all about hinting to a very bright future rather than showing us anything. The console war has definitely shifted though.