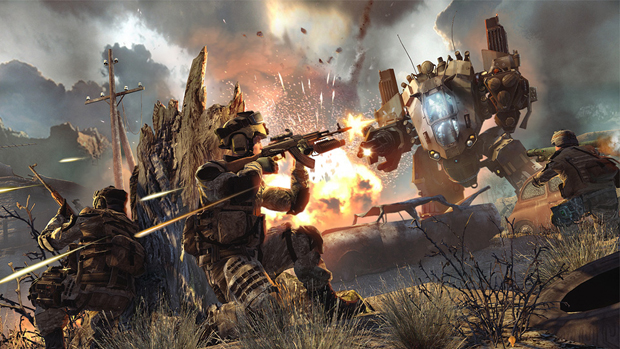 To say that a lot of free-to-play games were at the show this year would be an understatement. Though they weren’t all of the same genre, I saw a holy God crap-ton of F2P titles everywhere.

This model is spreading like a wildfire, and seems to be the payment plan of choice when it comes to online multiplayer PC titles. The appeal of micro-transactions to games that feature a continuous supply of content is irrefutable, and it’s safe to assume that fun is indeed becoming free, in this industry that has, more or less, made fun its sole source of appeal.

And now, after seeing the beautiful Warface, it’s safe to say that “quality” is no longer a large concern for the free-to-play market. This game is not only the best-looking F2P game thus far, but it was also one of the most visually appealing titles at the show. 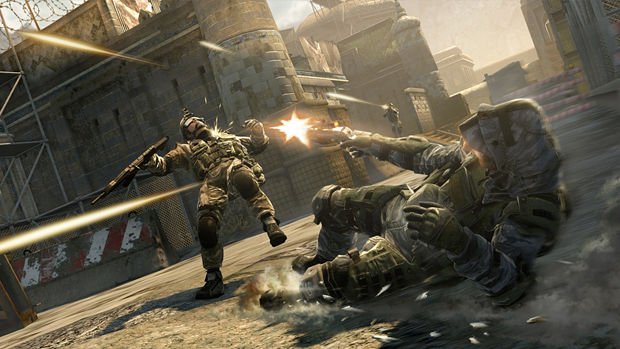 A blatant reason why Warface is so great looking exists: It’s being developed with CryEngine 3. It’s arguably the most technically advanced engine to date, so that says something for a game that will actually cost you nothing to experience. A lot of the CryEngine 3’s trickery can be seen in the game: HDR lighting, real-time weapon customization, displacement mapping, etc.

You may be wondering why this even matters. Well, plenty of people still exist who seem to have a bias against anything free to play; they instantly associate games under this model as cheap or low quality. Also, plenty of gamers still judge the quality of a game (at least at first) by its visuals, alone. With that said, if you’re one of those people, and need better graphics than Warface to be convinced that F2P games can be worth your time, then I’m sorry to say that you’re screwed. This is about as good as they can look right now, and anything better can just be considered the natural graphical progression of the medium. Sorry, bub.

Some gamers don’t always judge games based on their looks, though, but rather the quality of the experience they provide. (We tend to also call these gamers “humans.”) Still, a general stigma remains around F2P games as having poor production values and low development times. Well, I hate to ruin their preconceptions as well, but even Warface busts that theory. The game is just as strong of a shooter as those you find in retail stores, and even does some great things with the genre that got me smiling and saying, “That’s pretty cool.” 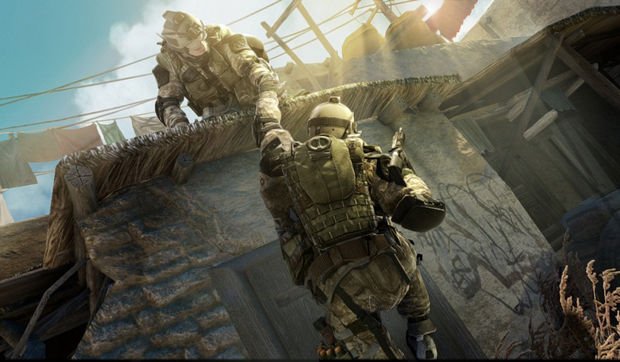 The shooting is quick, tight and precise; I just want to get that out of the way right now. Players can pull off some decent moves, such as long slides behind objects — or towards others to rack up a nice melee kill — as well as boosting and pulling teammates up to high ground. For a game that’s based solely on multiplayer, I had to conjure up all my past MP experiences to critique it and, quite honestly, it held up very nicely.

What made it even better was that, instead of it merely being MP in the player-versus-player sense, the game will also feature daily alternated co-op missions for teams to complete for in-game currency. Essentially, four others and I faced off against the game’s AI to reach specific checkpoints.

It wasn’t until later in the game that we realized how much smarter it would have been for one of us to have played at a medic, however. Thankfully, Warface lets players purchase “coins” to resurrect themselves and get back into the action. These are available in co-op only, though — wouldn’t want to make things too unfair against others. I loved this PVE mode, as it sets this game apart from the others who only provide a PVP experience. 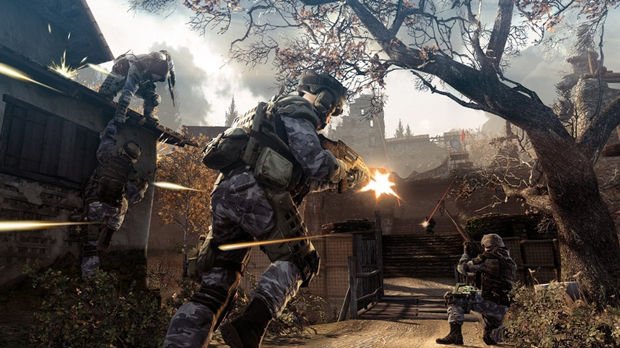 One of my favorite features that Warface offered was its clever way it implemented RPG elements. Like most other shooters these days, the game provides several weapons and gear to unlock via stacking kills and leveling up. The difference here is that Warface not only requires that you choose one of three categories per match to level up (weapons, armor, equipment), but the items you unlock on those categories are randomly selected.

Why is that cool? Because now you’re almost guaranteed to not have to grind your way to the max level in order to get that one gun you’ve been looking forward to. Remember your favorite weapon being attained at level 15 in one CoD, yet attained at level 60 in the sequel? Yeah, no more of that crap.

To sum things up, Warface looks like a solid — and pretty! — shooter that not only provides some decent alternatives to gameplay, but it also costs you nothing to try. Many are saying that this E3 was the “year of the bow,” but I say free shit was more prevalent … and I’m not talking about all the T-shirts. This is one of the best times to be a gamer, because, when you really look at it, we have more opportunities to play on a budget than ever.

Prepare to download your copy of Warface on PCs later this year.