Battlefield 3: Armored Kill is the third in a series of expansions for EA’s military first-person shooter, following Back to Karkand and Close Quarters. Armored Kill has a strong focus on vehicles, introducing five new vehicles and a Tank Superiority game mode. There’s also Bandar Desert, the biggest map in Battlefield history.

I got some hands-on time with Armored Kill at E3 and the focus on huge areas and vehicle warfare made it feel more like Battlefield than ever. I had played Close Quarters prior, which felt more like “Shootin’ Dudes Till They Die: The Game” than anything remotely Battlefield related. Armored Kill was much better crafted, I’m glad to say.

When DICE mentioned that the Bandar Desert map is the biggest in Battlefield history, they weren’t joking. This map is absolutely enormous! Once I accidentally clicked the wrong spawn location and had to walk about four minutes to any sort of action. Why don’t people driving the buggies ever stop to pick people up?!

The map is part desert and part neighborhood, creating both a vast open area and offering plenty of walls to hide behind. It really felt as if this map was its own environment, and not just some arbitrary arena to shoot each other in. There could be multiple conflicts going on all across the map at the same time, so teamwork will be a necessity to claim victory. 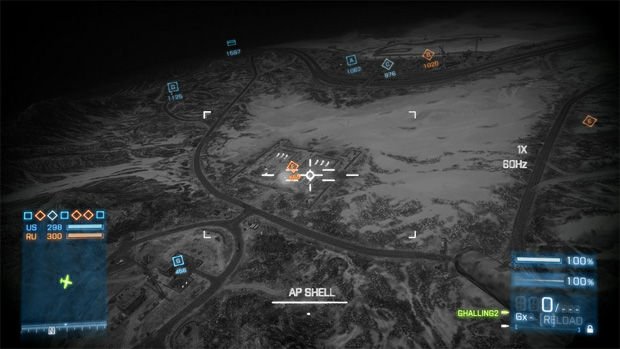 Naturally, the vehicles, old and new, are a great way of getting around the sprawling new map. It’s easy to get flanked in such a large area, so driving in the safety of a tank with your squad members is often times your best bet. There’s also plenty of smaller vehicles around in case you need to get around quick, so long as they’re kind enough to pick you up.

Planes are in no shortage either in the Bandar Desert. I’ve never been able to competently fly the air vehicles, so I always stick to the ground. Seeing all of this vehicular action combined in one giant playground really gives you the sense of scale that the Battlefield series has always strived for. Watching planes go down as you move with your squad throughout the neighborhood houses is an absolute delight.

While I can’t vouch for the other expansions, and would even speak against Close Quarters, Armored Kill looks as if it’s an easy decision for fans of the Battlefield franchise, and a step in the right direction.