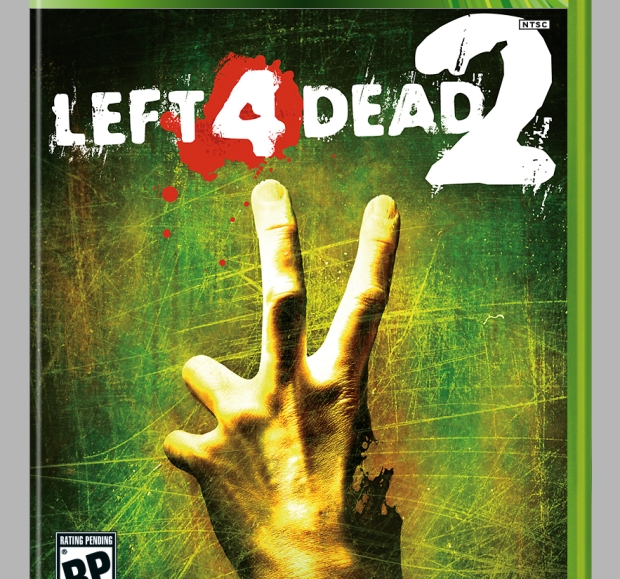 Just moments ago, Valve revealed a brand new trailer for Left 4 Dead 2 at Microsoft’s press conference. Gee, what a surprise!

L4D 2 will be out November 17 and is set to include melee weapons such as chainsaw, frying pans, axes, baseball bats and more. We’re also going to see a deeper co-op mode and an advanced AI Director which will now be able to change the weather, world objects and pathways in addition to changing the enemy population.

Check back in a little while as we’ll have the teaser trailer showing off some of the melee combat. Also, I TOLD YOU ALL, SUCKAS!

Check out our live blog for more on the Microsoft E3 09 press conference going on right now.

June 1, 2009 – Valve, creators of best-selling game franchises (such as Half-Life and Counter-Strike) and leading technologies (such as Steam and Source), today announced Left 4 Dead 2 (L4D2), the sequel to the best-selling and critically-acclaimed co-operative multiplayer thriller.

Coming exclusively to Xbox 360 and PC, L4D2 promises to set a new benchmark for co-operative action games and become one of 2009’s marquee titles.

“A large part of how Left 4 Dead became 2008’s top-selling new IP on Xbox 360 and the PC was the custom-tailored gameplay made possible by the AI Director,” said Gabe Newell, president and co-founder of Valve. “With the knowledge gained from creating the original, new technology, and a passionate team, L4D2 will set a new benchmark for cooperative action games.”

Set for release on November 17, the title adds melee combat to enable deeper co-operative gameplay, with items such as a chainsaw, frying pan, axe, baseball bat, and more.

Introducing the AI Director 2.0, L4D’s dynamic gameplay is taken to the next level by giving the Director the ability to procedurally change weather effects, world objects, and pathways in addition to tailoring the enemy population, effects, and sounds to match the players’ performance. The result is a unique game session custom fitted to provide a satisfying and uniquely challenging experience each time the game is played.

Featuring new Survivors, boss zombies, weapons, and items, Left 4 Dead 2 offers a much larger game than the original with more co-operative campaigns, more Versus campaigns, and maps for Survival mode available at launch.

Supported by a $10+ million marketing campaign, Left 4 Dead has sold over 2.5 million retail copies since it was released in November of 2008. Left 4 Dead 2 is targeted for release on Xbox 360 and the PC on November 17, 2009, and will be launched worldwide with a multi-million dollar marketing campaign across TV, Outdoor, and Online.

“Left 4 Dead was backed by our most aggressive advertising campaign to date, and resulted in a top 5 showing on two platforms during holiday 2008,” said Doug Lombardi, VP of marketing at Valve. “Left 4 Dead 2 is a larger game and will be supported with even more consumer and retail advertising programs than the original.”

Left 4 Dead 2 will be featured as the cover story on PC Gamer and Official Xbox Magazines this month. For more information, please visit www.l4d.com