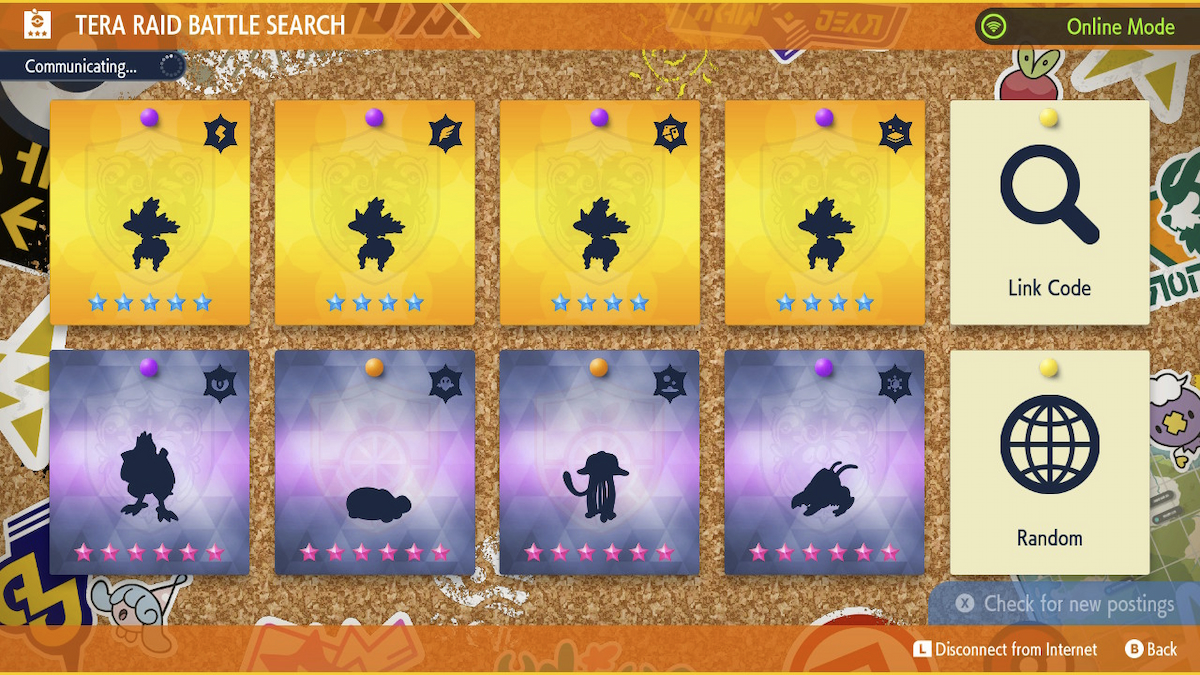 You stand a ghost of a chance

The newest Spotlight Tera Raids have arrived in Pokemon Scarlet & Violet. While we all gear up for the 7-Star Tera Raid challenge against Greninja, Game Freak has given us a smaller event to prepare for that inevitably fierce battle. From January 20 to January 22, Drifblim and Mismagius will spawn more frequently as Tera Raid encounters.

These two Ghost-Types can appear as either 4-Star or 5-Star encounters and potentially sport any Tera Type in the game. That said, Drifblim will commonly carry a Dark-Type while Mismagius will often manifest as a regular Ghost-Type. For experienced Tera Raiders with optimized Pokemon, these fights shouldn’t pose too much of a challenge. That said, you can get caught off guard if you head into these 5-Star encounters without exercising any caution. Here’s what you should expect.

What strategies will these Pokemon use?

As mentioned above, Drifblim and Mismagius are both natively Ghost-Type Pokemon. Both monsters will also use Special Attacks exclusively, which makes Pokemon with higher Special Defense preferable. Since Drifblim is a Flying/Ghost-Type hybrid, it will use Air Cutter in addition to Shadow Ball. Otherwise, Drifblim will attempt to bulk itself up by raising its defenses with Stockpile. Additionally, it will cut your attack and heal itself with Strength Sap. This can make Drifblim rough if it boosts its stats enough, so nuke it as fast as you can.

Meanwhile, Mismagius takes a different approach. It knows Shadow Ball, Mystical Fire, and Power Gem, which gives it access to Ghost, Fire, and Rock-Type attacks. It will boost its Special Attack stat with Nasty Plot while simultaneously lowering your Special Defense with Fake Tears. This makes Mismagius surprisingly deadly against glass cannon Pokemon or anyone using a Belly Drum strategy. Mismagius fortunately won’t buff its defenses or heal as Drifblim does, so don’t be afraid to take a slow and steady approach if you need to. Defense and healing cheers will go a long way in public groups, so don’t be afraid to use them!

The best Pokemon to use

Honestly, if you don’t have a solid Pokemon for Tera Raids by now, there’s a Pokemon that will virtually guarantee your team of random strangers will win: Chansey.

Right out the gate, its Normal-Typing that will block either Pokemon’s Ghost-Type attacks. Additionally, with its insane Special Defense, the ghosts’ supplemental attacks will deal baby damage to you. Since you’re likely to party with people using Belly Drum strategies, a combination of Light Screen and Life Dew will ensure your teammates will survive while they throw themselves straight into battle. Heal Pulse can help a team member who needs to Belly Drum again during battle, and Helping Hand can boost a teammate’s attack if no healing is required. While Chansey can’t contribute much damage by itself, give it an Eviolite and pump it full of HP Up and Zincs to make it an unkillable tank.

Otherwise, any strong Pokemon that can withstand Ghost, Flying, Rock, and Fire-Type moves will suffice. Dark-Type Pokemon can generally succeed here, though be warned that any of the Ruinous Quartet will hurt your teammates with their abilities. If you caught a strong Hydreigon from the previous Spotlight event, that can absolutely be used here. Just keep in mind that Mismagius knows Levitate, so preparing a Ground-Type Pokemon isn’t recommended here.

As usual, the drop rates for these monsters are a bit dubious. The TM materials these Pokemon drop aren’t actually used for any TMs, so once again you can sell them for League Points that you likely don’t need at this point. There is a chance that you can catch a Drifblim that knows its hidden ability Flare Boost, so there is some niche value there if you want a Drifblim on your team. Otherwise this is just a good opportunity to catch a Mismagius with an Electric Tera Type so you can use the same strategy Iono used on you.

Whether you participate in this event or not, best of luck with your adventure in Paldea. Tune in next week as we get ready to cover strategies that will help you take on Greninja.