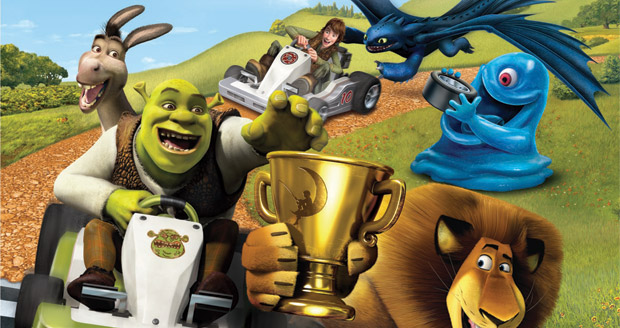 You would be forgiven for thinking that we, as a society, were past the days of random franchises getting kart racers. Activision has announced DreamWorks Super Star Kartz for enough systems to blot out the sun: DS, 3DS, Wii, PlayStation 3, and Xbox 360. I mean, if you’re going to do it, might as well go all out and throw in a “z.”

Included in this game is four-person splitscreen multiplayer and 14 characters from Shrek, Madagascar, How to Train Your Dragon, and Monsters vs. Aliens. For those of you with children — I’m sorry.