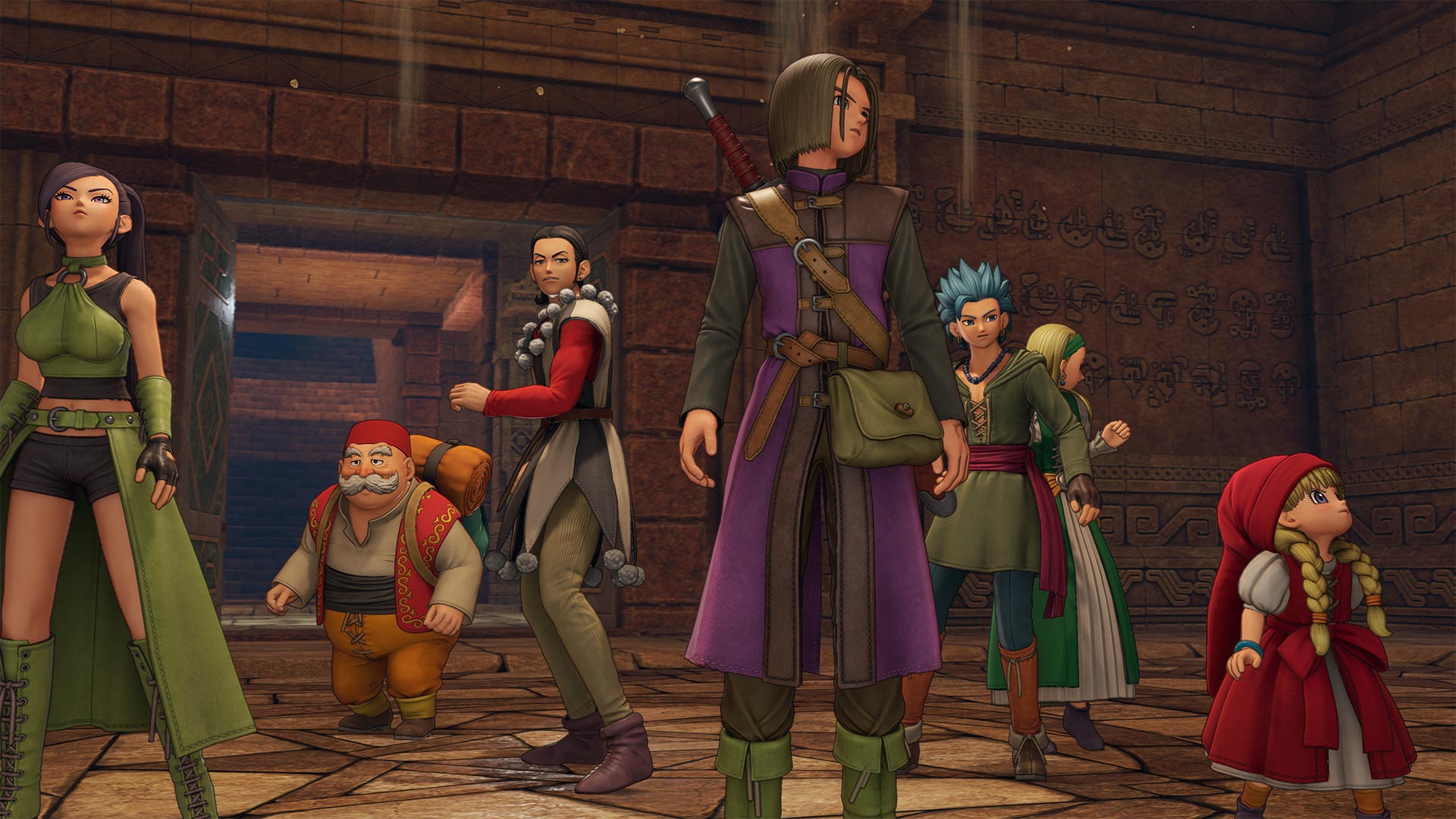 But lots of nice new screenshots and videos

July 29 may as well be a national holiday this year, as that’s when the latest Dragon Quest mainline game hits Japan. It will be available then for PlayStation 4 at 8,980 yen and 3DS for 5,980 yen. Although the game is also confirmed for release on the Nintendo Switch, the release date was not revealed. Square Enix told Takashi Mochizuki that there is still a possibility the Switch version will also release on July 29.

Also missing was information on a western release. Since Dragon Quest VII, each entry has taken a year after the initial Japanese release to be available in the West, excluding Dragon Quest X which has yet to be localized at all (if it ever will). There was small hope that it would release by the end of the year. However, on top of precedent there is the added complexity of developing multiple versions of the same game, which is no doubt the cause of delay for the Switch release date.

A “Hero’s Sword Box” will be available for 14,960 yen at the Square Enix e-store, which appears to just be a fancy box. Pre-orders will come with two in-game clothing items that increase experience and gold received after battles. A “Spell of Restoration” feature was vaguely mentioned, which seems to be a way to recreate, not directly transfer, your progress from either the 3DS or PS4 version to the other.

How true those stories of kids skipping school en masse when a new Dragon Quest game releases elude me, but there will be no such concerns with a July 29 release date. Students are out for summer vacation at the end of July throughout the entirety of August. Seems like a good time to sink one’s teeth into a 50-hour RPG (100 with side quests, according to Square at the launch event).

Consider me on the DQ bandwagon. I’m just a few hours into Dragon Quest VII and I can see why it stands so much higher than all the other JRPGs I’ve tried (like Conception II). DQXI looks like an adventure I could lose myself in (here is some PS4 and 3DS gameplay footage), so it would be a crime if it didn’t come West within the next year.