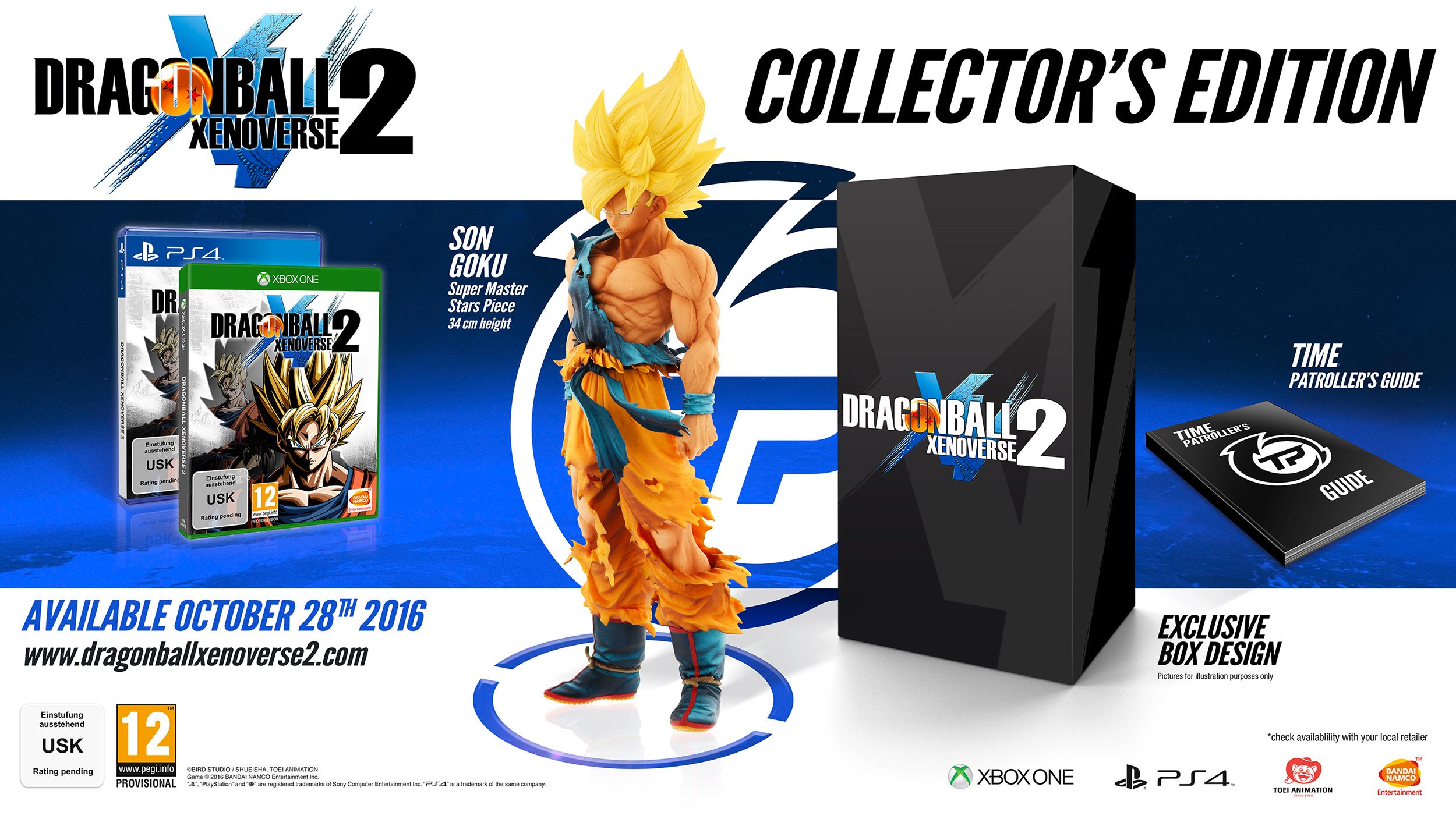 Now that Dragon Ball Xenoverse 2 has an October release date, the Special and Collector’s Editions can start rolling out.

Bandai Namco Europe just revealed several sets at Japan Expo yesterday (you can view the US version in the gallery below), which involve a special box, a guide, Future Trunks DLC, a Season Pass, and a 13 inch Goku statue. Pre-order bonuses also include a “special character from Dragon Ball Super,” as well as a Tao Pai Pai Stick to fly with.

The Season Pass is somewhat detailed in this announcement, consisting of four packs, which contain characters, episodes, quests, stages, skills, costumes, and accessories. Buying the bundle will net you Future Trunks.

Expect the game to roll out on October 28 on PC, PS4, and Xbox One. Me? I’m more looking forward to Fusions.