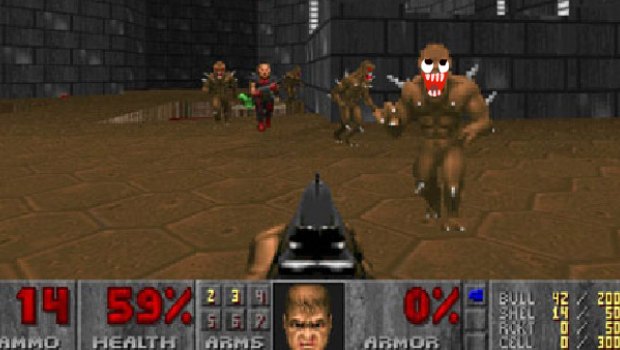 After disappearing from Xbox Live for the longest time, id Software’s classic DOOM has returned under the watchful eye of Bethesda. You can nab it for 400 Microsoft Points (Edit: I had said this was down from 800 Points, but I remembered wrong like an idiot) and shoot as many Imps as your heart desires.

DOOM had previously been removed from Xbox Live Arcade in October of last year, without much herald. Now it’s back. So be happy about it, or complain for a reason. Just do whatever it is you crazy kids do.