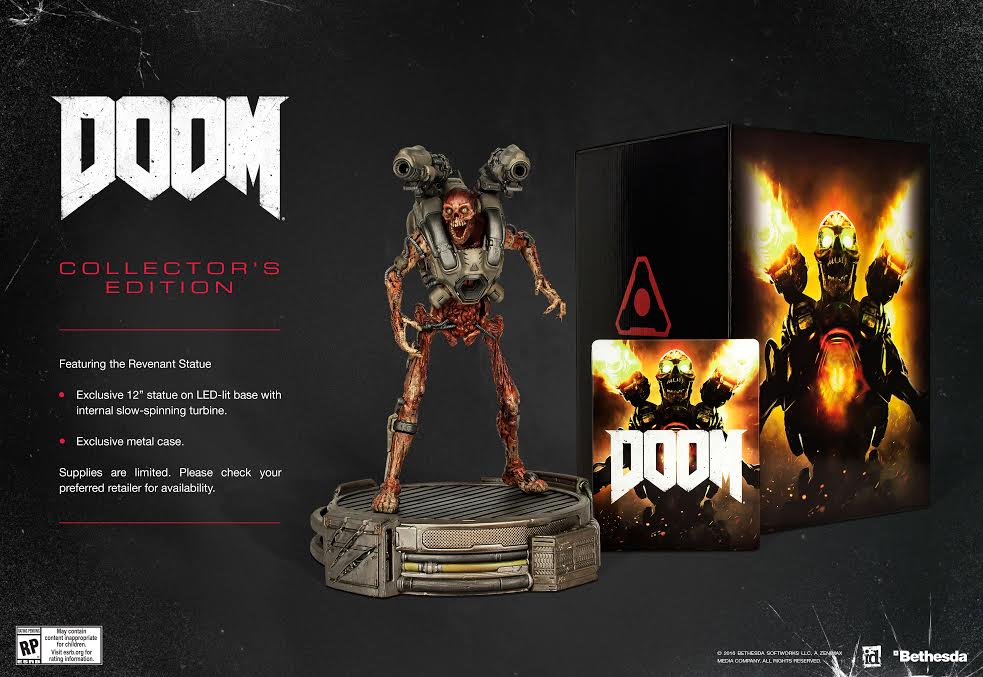 Hello everybody, I am the harbinger of Doom, id Software’s Bethesda-published reboot of the brutal first-person shooter shown off last year. Turns out Doom‘ll turnout worldwide on May 13. That’s for PC, PS4, and Xbox One.

The game that’s all about, “badass demons, big ‘effing’ guns, and moving really, really fast” will also offer a $120 collector’s edition featuring the Revenant, “on an LED-lit base with internal, slow-spinning turbine from the UAC facility on Mars.” Hmm. “really, really fast”? “Slow-spinning”? Pre-orders also come with armor skins for multiplayer.