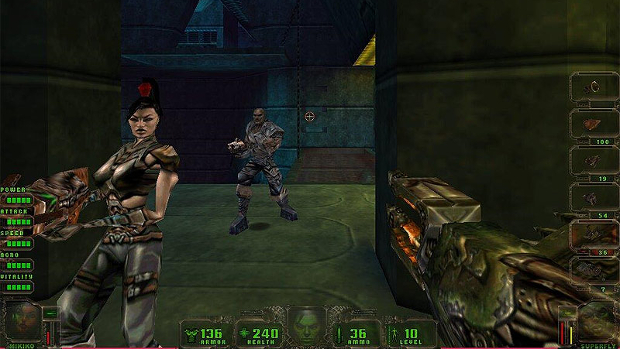 John Romero, co-founder of id Software (Doom, Quake), is working on his first first-person shooter since Daikatana, he announced on Joystiq’s podcast.

“I’m working on several games at once right now,” Romero said. “But [Brenda Romero] had mentioned earlier that I’m working with a concept artist, and so I’ve got some cool imagery for the main character … I haven’t made a shooter since 2000. So I’m basically starting to work on another one.”

The shooter is coming from Romero Games, which John runs with Brenda Romero, rather than their social games studio Loot Drop.