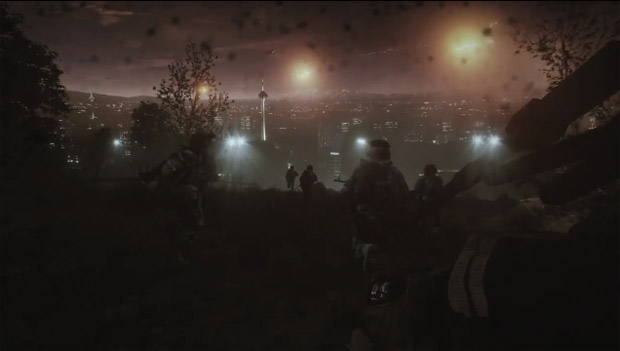 This brief snippet comes from the Battlefield 3 single-player’s Operation Guillotine. Look at those nighttime lighting effects! And, check out tha–oh, it’s already over. Such a tease.

Lead writer/designer David Goldfarb has written out his thoughts about how DICE is approaching narrative this time around. Some lofty promises are made, but we haven’t seen enough of the game to make a reasonable claim one way or the other. (Like that’s going to stop anyone.)

The story is apparently told through interrogation-forced recollections, so take that for what you will.