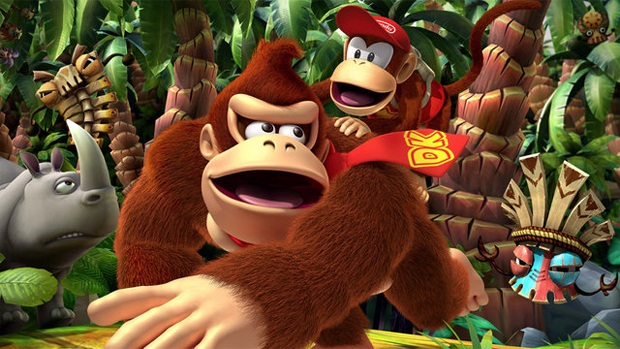 Donkey Kong Country Returns 3D will feature an optional easy mode in addition to the original difficulty setting from the Wii original. Optimized for portable play, players will be able to take three hits instead of two and will have a variety of helpful items at their disposal.

DK can summon Diddy at any time by using portable barrels. The duo also has the ability to recover from pitfalls thanks to a green balloon, which allows players to float back to a platform after plunging into the depths. Finally, there’s a crash guard to make mine cart and rocket levels a tad more forgiving.

Additionally, the title features eight bonus levels previously unseen in the original game as well as local wireless co-op. Donkey Kong Country Returns 3D will be available on May 24 both as a physical release and digitally via the Nintendo eShop.