Or else be left in the dust

Over a decade ago, in the far flung past of 2005, Nintendo was teasing the reveal of a new home console that was going to feature an innovative new controller. We did not know how its newest device would work, but the Internet wasted no time creating outlandish mock ups for potential designs.

Perhaps most infamous, the “Nintendo On.” A virtual reality headset-enabled console with a fake reveal that came paired with a fairly impressive 3D rendered video, the idea seemed pretty obviously fake to those in game press at the time. The VR future was nowhere near, and believing Nintendo might be the company to pioneer the tech seemed ludicrous.

Today, in 2016, that VR future is about to become the VR present. Valve is jumping into bed with the HTC Vive, Sony developing their own first party PlayStation VR headset for the PlayStation 4 and Facebook-purchased Oculus VR, which is going to work on both PC and Xbox One.

The thing is, Nintendo is the only major gaming platform manufacturer not talking at all about VR. Considering Nintendo pioneered and popularized motion control as a viable part of gaming, as well as being the first company to jump on board with second screen gaming and glasses-free 3D, Nintendo not touching VR leaves me weirdly surprised.

Now, to be clear from the offset, I do not think the Oculus Rift, Playstation VR or Vive are going to make VR a household item in the near future. These headsets are extremely cost prohibitive optional devices that isolate players from those around them and are likely to see major revisions in the coming years. 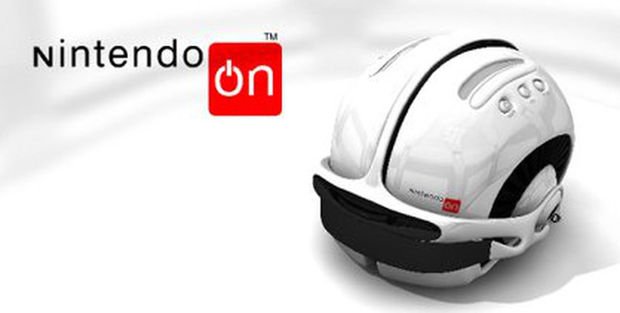 I know most of the discussion regarding Nintendo’s NX console, which is likely to be revealed in full this year, has centered around the possibility of it being a hybrid home console and portable device of some kind. However, I’m going to propose something today that is purely speculative. This has no basis in rumors I have heard around the industry, it’s purely me thinking about things I suspect may be possible.

Imagine Nintendo revealing the NX is a VR-centric console and portable hybrid. A high spec gaming handheld, with a VR headset and base station for home gaming. The VR headset functions like a Google Cardboard or Gear VR, slotting the handheld into a lightweight headset for low-price VR gaming. The home base station plays the same games, provides that extra boost of processing power for VR, and also supports playing your games on the TV when you don’t want to be antisocial in a headset.

Nintendo is in a position where it would be very well poised to be the first gaming hardware manufacturer to market with a console that ships with VR support as standard. It could count on players owning a high-powered handheld, cutting down the cost of manufacture for the VR headset in the same way Gear VR has made VR affordable for Samsung phone owners, and would guarantee a steady stream of VR games coming into development.

I know it seems like a ridiculous suggestion, but I suggest there has never been a better year for Nintendo to take this step. 2016 truly is the year where consumers are ready for VR tech, and Nintendo jumping in on that wave now would likely put it in a future-proofed position.

If Nintendo skips VR support this generation, I suspect it may end up being looked back on in three to four years as having been behind the curve. VR is only going to get more widespread and affordable as time goes on and Nintendo do not need to be once again left behind on the new wave of high-end tech advancements.