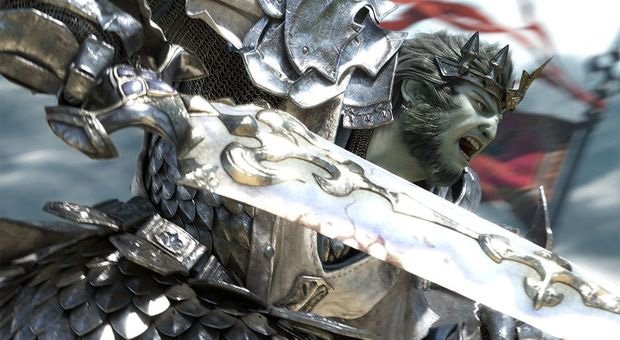 How long does it take you to get comfortable with someone?

I was playing Final Fantasy XIV the other day, engaging in my weekly static raid group (we just beat Turn 7!) when I realized something — I refer to most of them by their callsigns and not their real names. In fact, I stopped calling a few friends that I’ve known for years (and went to college with) by their given names, just to uniformly refer to everyone as their in-game character.

It got me thinking on the etiquette for asking for players’ real names online, and the reasons why someone may not want to divulge that information.

The smaller the group is, the more likely I am to just use real names. When it’s just a few people over voice chat it’s easy to introduce yourself, especially if said players are close friends in real life. But over time, groups can grow and accommodate more players — or often times in MMOs, I’m dragged into a pick-up-group or another guild with a foreign TeamSpeak, Mumble, or Vent chatroom, where I don’t know anyone.

Rather than slowly introduce ourselves and have to re-learn real names over and over (for a fight that will only take 15-30 minutes), we just call each other by our in-game names, conveniently listed in the chat program, so there’s no confusion. But some people simply don’t want to use their name online under any circumstances, and prefer to take on the role of another persona. Heck, I raided with some people for months online without ever knowing their real name.

The perfect example of this comes from a personal interaction I had years ago during the early years of Xbox Live. Back before MLG was a thing, I ran the top-ranked Mech Assault clan on a third-party ranking website (haha, I know, right?). I had a teammate named Liger Zero, who came to every match because of his ability to work flawlessly with us as a team. After playing with him for weeks we developed a bond, and I asked him one day, “hey, by the way, what’s your real name?” to which he replied “I prefer to be called Liger” — a request that I respected immediately.

It’s an interesting phenomenon for sure, and I wanted to get your take on it — do you call people by their real names, or do you generally stick to callsigns?