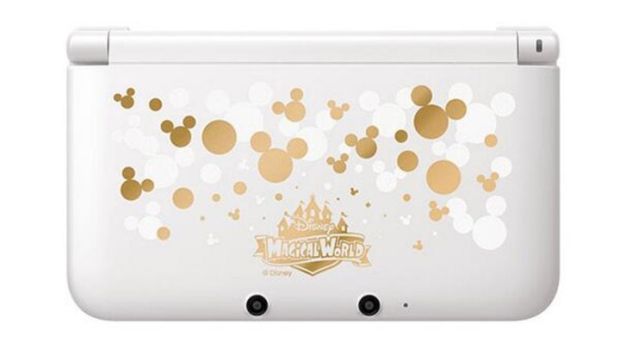 Another one for the collection

Disney Magical World is out on April 11, and along with that comes a special themed 3DS XL. It’s called the Mickey Edition officially, because of all the Mickey heads on the case, I guess. At first I thought they were all various sized circles.

Interestingly the Mickey Edition will only be available through Wal-Mart. As for the game itself, apparently it’s basically just Animal Crossing. Not a bad series to lift from! Also here’s some young Disney actors doing a promo for the new handheld if you care about that sort of thing.