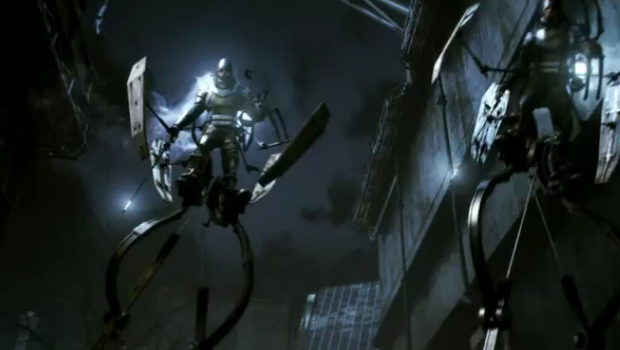 We’ve seen some very pretty screenshots of Bethesda’s Dishonored, but so far, nothing in motion. Those hoping for gameplay footage will be disappointed, since this is a CG trailer, but it’s still pretty exciting stuff. Check it out!

The video certainly justifies the “steampunk” and “dystopia” descriptions that will follow this game to the grave, and there are already more than a few comparisons to Assassin’s Creed floating around. Most importantly, however, is the prevalence of Stilt Police, which I am still completely in love with. It’s police! On stilts! What’s not to love?