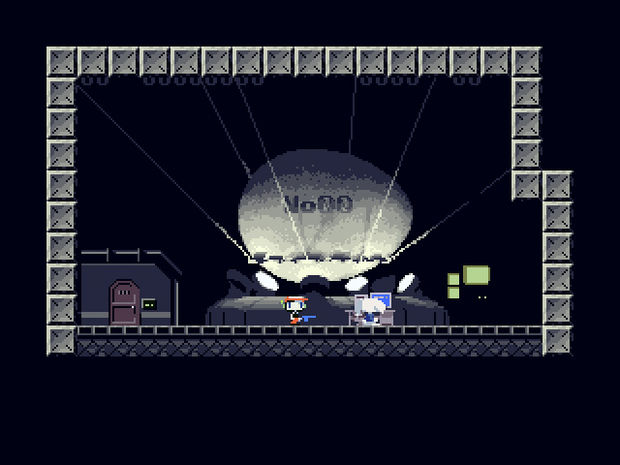 I’m guessing the answer is “no”, because I’ve been scouring the internet all morning for some source or report on this. Sadly, I can’t find anything. All I have to go on is an email I got from Tyrone Rodriguez from Nicalis (publisher of Cave Story on WiiWare/DSiWare, and co developer of Cave Story 3D) stating that 04/29 is the birthday of Daisuke “Pixel” Amaya (creator of Cave Story), and that something special happens if you boot up the game on that day (but only if you downloaded the patch for the game that came out last year).

For various reasons, I don’t have access to a Wii at the moment, and likely wont gain access to the console until Monday. I’ve asked my friends on Twitter to help me find out what the deal is, and so far all I’ve heard some stuff about the title music, and not much else. Specifically, I heard from Nintendude4Life that the new opening track only shows up when you select “new” under the game’s music option, and that it sounds like “calmer” remix of this unused track from the Cave Story score. From there, the great Nintendaan uploaded a video of the new track (seen above), because he is great.

If any of you can help me to find out if there is more to this Easter Egg than some new opening theme music, I’ll love you forever.