Tripwire Interactive president John Gibson is disappointed in this generation of gamers, and the Red Orchestra developer lays the blame at the feet of Call of Duty. According to Gibson, who focus tested some hardcore CoD fans, Activision’s shooter series has ruined their brains.

“I’m really discouraged by the current state of multiplayer shooters,” he complained to PC Gamer. “I think that, and I hate to mention names, because it sounds like ‘I’m just jealous of their success,’ but I’m really, I feel like Call of Duty has almost ruined a generation of FPS players. I know that’s a bold statement, but I won’t just throw stones without backing it up.

“When I was developing Action Mode [for RO2], I got a group of people that I know that are pretty hardcore Call of Duty players. And my goal was to create something that was accessible enough for them to enjoy the game — not turn it into Call of Duty, but try to make something that I thought was casual enough but with the Red Orchestra gameplay style that they would enjoy. And we iterated on it a lot. And just listening to all the niggling, pedantic things that they would complain about, that made them not want to play the game, I just thought, ‘I give up. Call of Duty has ruined this whole generation of gamers.'”

So Gibson tried to make Red Orchestra 2 appeal to CoD fans in particular, then got frustrated when those CoD fans wanted things from CoD in it? What? Huh? That … doesn’t make sense. 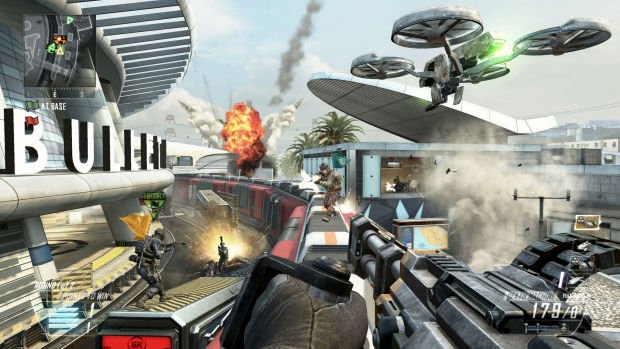 Tripwire’s focus group disliked the acceleration required to sprint, as well as the relative weakness of weapons and the way they handled. Weirdly, people who were very used to playing little else but Call of Duty struggled to play a game that was different to Call of Duty. Who knew!?

“Almost every element boiled down to ‘it doesn’t feel like Call of Duty.’ And really, watching some of these guys play … one of the things that Call of Duty does, and it’s smart business, to a degree, is they compress the skill gap. And the way you compress the skill gap as a designer is you add a whole bunch of randomness. A whole bunch of weaponry that doesn’t require any skill to get kills.

“Random spawns, massive cone fire on your weapons. Lots of devices that can get kills with zero skill at all, and you know, it’s kind of smart to compress your skill gap to a degree. You don’t want the elite players to destroy the new players so bad that new players can never get into the game and enjoy it.”

Gibson clearly isn’t a fan of the way Call of Duty does things, and that’s fine — there are many FPS fans that dislike it, and prefer other games. But to blame Call of Duty for “ruining” gamers, as if it doesn’t have a right to exist and be popular, strikes me as silly. Tripwire will likely earn a lot of fans for dissing what is, essentially, the Twilight Saga of videogames, but Gibson is basically wrong in several ways.

First of all, claiming CoD “ruined” anything implies its popularity scrambled our minds, rather than appealed to minds that already existed and finally found an FPS they could enjoy. The fact CoD appeals to more gamers than most other games would suggest it reached people who were not already playing a great deal of shooters. Now, if everybody who was playing Quake suddenly stopped playing Quake and started enjoying only Call of Duty, Gibson might have a point, but I don’t think that happened.

To argue Call of Duty ruined the minds of gamers strikes me as no different from suggesting violent games turn kids into mass shooters — it’s an assumption that a videogame has the power to alter our brains for the worst.

It also ignores the fact that distinctly non-CoD games are also quite popular. Halo may have brought a few new ideas to the market, but its multiplayer and weapon handling are rooted a lot more in the old than the new, and it’s still a massively popular franchise. I dare say, if Tripwire had focused tested a group of hardcore Halo players and asked them what they wanted, they’d argue in favor a game that felt like Halo. It strikes me as incredibly silly to specifically ask CoD fans what they like, and express dissatisfaction that they answer with “CoD.”

Call of Duty may have become wildly popular, and it may have influenced a lot of other games this generation, but that’s not really Call of Duty‘s fault. It’s just a game, and its only crime in this instance is appealing to a lot of customers — a “crime” it didn’t commit by tricking anybody or changing anybody’s mind. It didn’t succeed by sneaking into the rooms of children and whispering forbidden secrets in their ears while they slept. It was marketed well, was designed to appeal to more than just older FPS players, and it resonated. That’s all it really did.

Red Orchestra 2 also resonates with an audience. Not Call of Duty‘s audience, but an audience that looks for something else. And that’s great. I’m glad both games exist. There’s room for everything in this industry, and some things will be more popular than others. That’s … life.

Now if you’ll excuse me, I’m going to go and be mad at some dogs for always wanting to eat dog food designed for dogs to eat with their dog mouths.