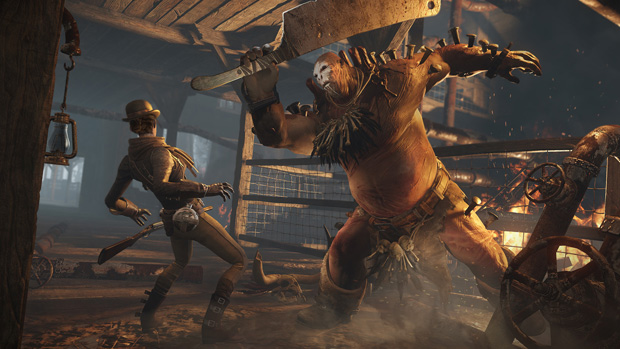 The big news out of Crytek this morning was that the company is selling its Homefront intellectual property to Koch Media and Deep Silver — which is where Crytek UK’s work on Homefront: The Revolution will continue, under the new name Dambuster Studios — but that’s not the only change happening. Development of Hunt: Horrors of the Gilded Age is moving from Austin-based Crytek USA (made up of former Vigil staff) to Crytek’s studio in Frankfurt.

“Crytek will retain a presence in Austin, with several staff members maintaining the CryEngine support team to assist North American licensees,” the company announced today. “Employees who are not set to be part of that support team will be invited to apply for new positions at Crytek in Germany.” Wouldn’t be surprised if that staff just looked for work elsewhere in Austin, though, in light of the employer’s money problems as of late. Some surely have already.

“As we look to cement Crytek’s future, this strategic deal with Koch Media would allow us to continue with our ambitious goals to become an online publisher. With Warface, Arena of Fate, and Hunt, we believe we have the perfect portfolio and teams to make that happen,” said CEO Cevat Yerli. As for the rest of the teams: “Crytek’s studios in Budapest, Istanbul, Kiev, and Sofia will continue to operate as usual,” reads the announcement. “A closer collaboration between Crytek’s studios in Shanghai and Seoul is under review.”