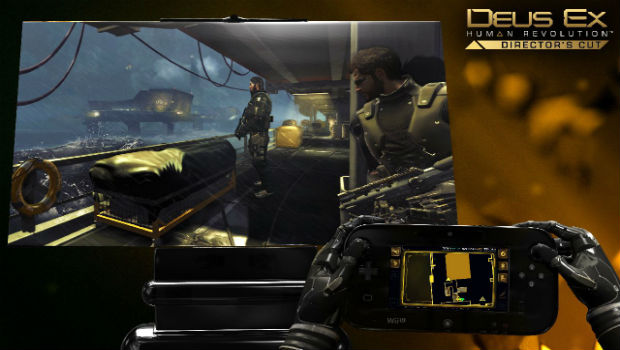 As a surprise to no one, Square Enix has officially announced and acknowledged the existence of the rumored Deus Ex: Human Revolution: Director’s Cut for the Wii U.

The new Wii U-centric features include GamePad hacking, interactive map editing, sniping, and other minor gameplay enhancements. It’ll also have Miiverse integration and developer commentaries, as well as an in-game guide system. Prior DLC will be included “seamlessly” into the experience, the boss fights have reportedly been reworked, and there will be improved AI.

As Tony said, I have a hard time believing that this will sell on the Wii U since everyone bought it already. Still, this is a thing if you want it!