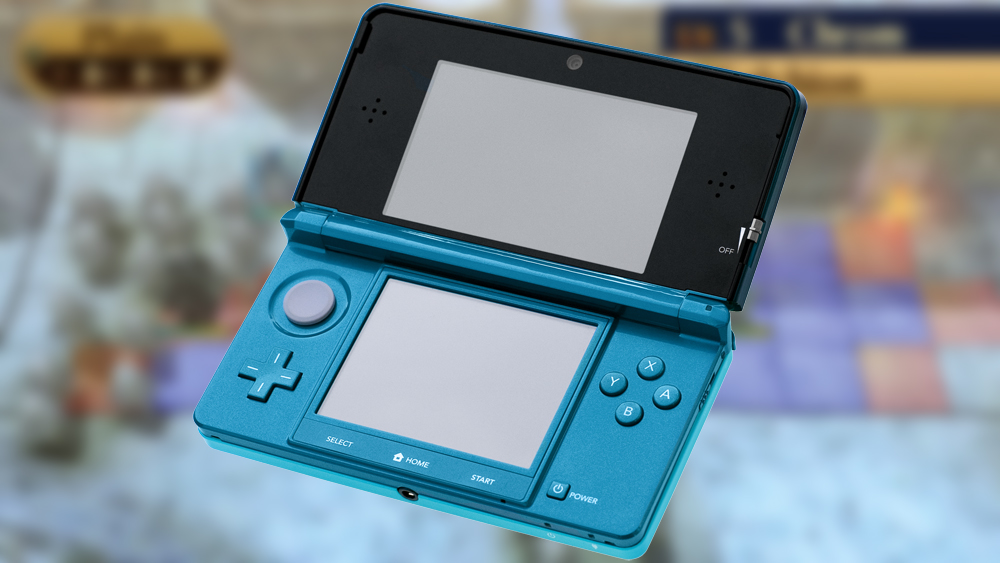 There are still many years in its lifecycle to go, but it’s pretty obvious right now the Switch is going to be one of the most successful, if not the most successful, products Nintendo has ever invented. It’s selling at breakneck speed, its first-party games are almost always million-sellers, and it’s become a haven for indie developers tired of taking chances on Steam.

Time will tell us if it eventually outsells the Wii, but this Friday it’s set to get a massive boost with the release of the Nintendo Switch Lite. Rumored since before the Switch even released, the Switch Lite is a portable only version of the hit hardware. With upcoming titles like Pokémon Sword/Shield and Animal Crossing: New Horizons, as well as its expansive selection of games currently available, it’ll no doubt be the hottest hardware this holiday season.

Unfortunately, its release puts Nintendo’s other handheld in an awkward position. While Nintendo insists Switch Lite isn’t killing off the Nintendo 3DS, in the same way it always insists its new hardware isn’t killing off its old hardware, it’s tough to not see this as the end of the road for the 3DS. There are still a handful of titles in development for it, but it’s past its prime. And that’s not me knocking it. 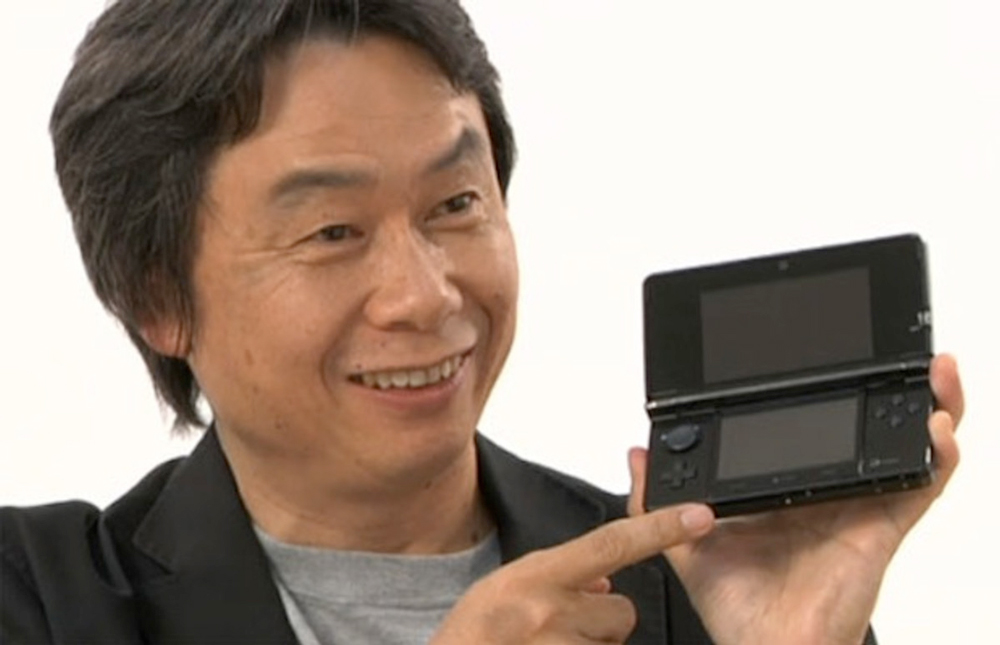 The Nintendo 3DS has been going strong for eight and a half years, providing players with GameCube-level graphics and the unique two-screen capabilities of its predecessor. The allure of 3D may have died off quickly after launch, but thanks to Nintendo’s storied catalog of IPs, as well as some amazing third-party Japanese developers, it was able to overcome its rocky start and keep “entry-point gaming” a reality for millions of kids around the world. And its continued popularity can only mean good things for the Nintendo Switch Lite.

Before we send it off to that farm up north where all old consoles go, we thought we’d give it a proper goodbye in the same way we did the Wii U: by voting for its top 10 games. Unlike the Wii U, this vote was a lot more difficult because of the breadth of the 3DS library. Eight and a half years is a long time and between Nintendo and all of its partners, the Nintendo 3DS saw more than 1,300 games released for the platform. Dwindling that down to just 10 was no easy feat, but when the ballots from Destructoid staff members were counted, it was clear these games are the best of the best.

And before you point it out, yes, in our top 10 list of Nintendo 3DS titles we actually have 11 games listed. There was a tie for the very last spot on the list, and rather than go through another round of voting to break it, I thought we should include both of them as they perfectly represent the breadth of experiences you can find on the Nintendo 3DS. 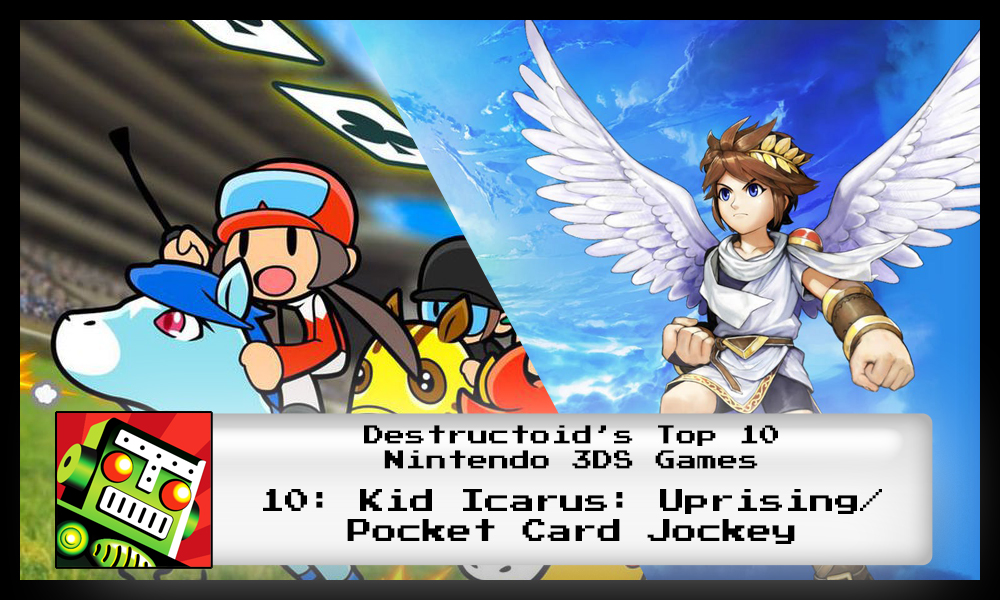 The Super Smash Bros. series is proof that Masahiro Sakurai doesn’t half-ass anything. Since that series transformed from a fun, party game to the number one fighting franchise in the world, he’s gone above and beyond to make sure every entry is packed with as much content possible, guaranteeing a near endless amount of replay value.

He took the same approach to his work on Kid Icarus: Uprising. After Pit was reintroduced to fans in Brawl, demand for a solo project featuring the winged angel grew. When it was officially unveiled at E3 2010, it became arguably the most anticipated title for the then-new 3DS platform. At launch, reviewers and fans praise the depth of the game’s story, its obscene amount of content, the graphics and music, and the incredible online multiplayer mode.

There was only one hang-up many had with the final product: its questionable control scheme. For those who hated it, it made playing the game a non-starter. For those able to work with it, Kid Icarus: Uprising quickly cemented itself as one of the best titles in the 3DS’s library.

The same rings true to the game it tied with on this list: Pocket Card Jockey. Created by Pokémon developer Game Freak, Pocket Card Jockey is an unusual mixture of horse racing and solitaire that makes for one of the most addicting games on the handheld, and also one of the most difficult to describe to people. Perhaps that’s why most skipped over it in favor of 2016’s other games. It’s certainly an odd bird, but it made enough of an impact with the Destructoid staff to be the lone eShop exclusive title on the list. Sorry Pushmo. 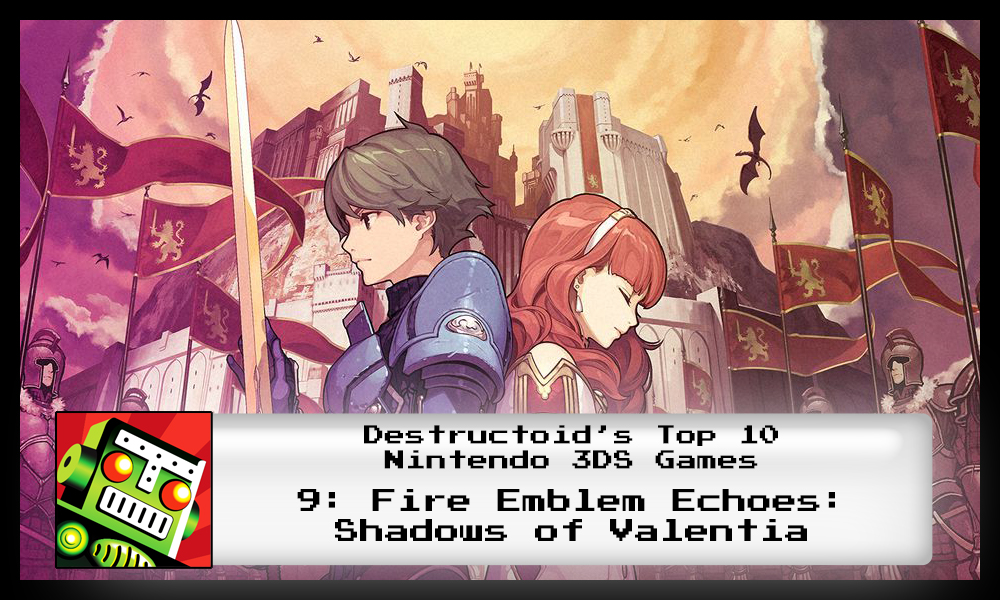 The Nintendo 3DS is the sole reason the Fire Emblem series is still around. It was on the ropes a decade ago due to uninspiring sales in the west. The game that singlehandedly changed the franchise’s fortune…is further down on the list. However, due to its success, developer Intelligent Systems was not only able to nurture the series into the behemoth it is today, but it was also given a chance to revisit previous games that never made it outside of Japan.

Fire Emblem Echoes: Shadows of Valentia is a remake of Fire Emblem Gaiden, released back in 1992 for the original Famicom. Bringing together staff members from the previous two entries, Echoes features a lot of differences from the rest of the series, including navigable towns and dungeons, and a complete lack of a weapons triangle. For those only familiar with Awakening and Fates, it could have been a jarring change. Once players got used to its idiosyncrasies, they discovered was one hell of an adventure that rightfully earns the game a spot on this list. 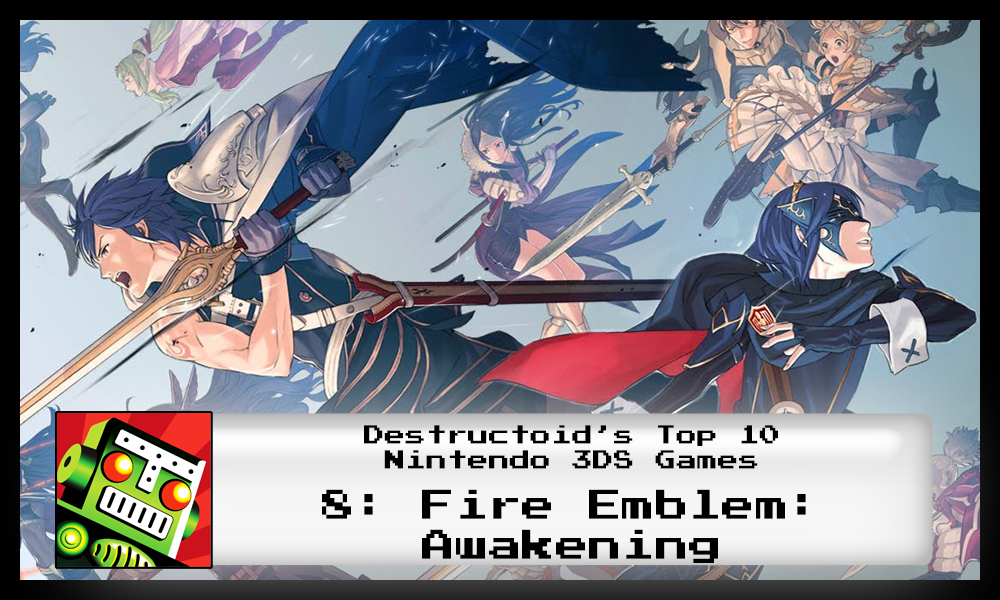 It may be difficult now to remember a time when Nintendo wasn’t pumping out Fire Emblem games with regularity. The series was a Japan-exclusive for more than a decade until Nintendo, seeing potential due to the Marth’s and Roy’s popularity in Melee, opted to try it out in the west with Fire Emblem for the Game Boy Advance. After that hit, we had a pretty good run with nearly every game from that point on localized for North America and Europe.

But just because we were getting games doesn’t mean they were selling to a respectable standard. Nintendo was close to giving up on it. Everything was riding on the first Fire Emblem to hit the 3DS, the series literally depended on it. That’s a lot of pressure for any development team, and yet somehow, Intelligent Systems made it look so easy. Fire Emblem: Awakening was an absolute knock-out upon release, selling out in many stores due to such high demand retailers didn’t anticipate. I remember having to wait two weeks before my local GameStop got its second shipment of the game in.

Fire Emblem: Awakening brought a best-of-both-worlds approach to development. For fans of the franchise who’d been there since the start, permadeath remained a constant for the series. For those who didn’t like the idea of permanently losing a beloved member of their team, you could turn the feature off. Also, waifus. Lots and lots of waifus. It truly was the first Fire Emblem for every RPG fan, and thank’s to its success, FE has become one of Nintendo’s top tier franchises. 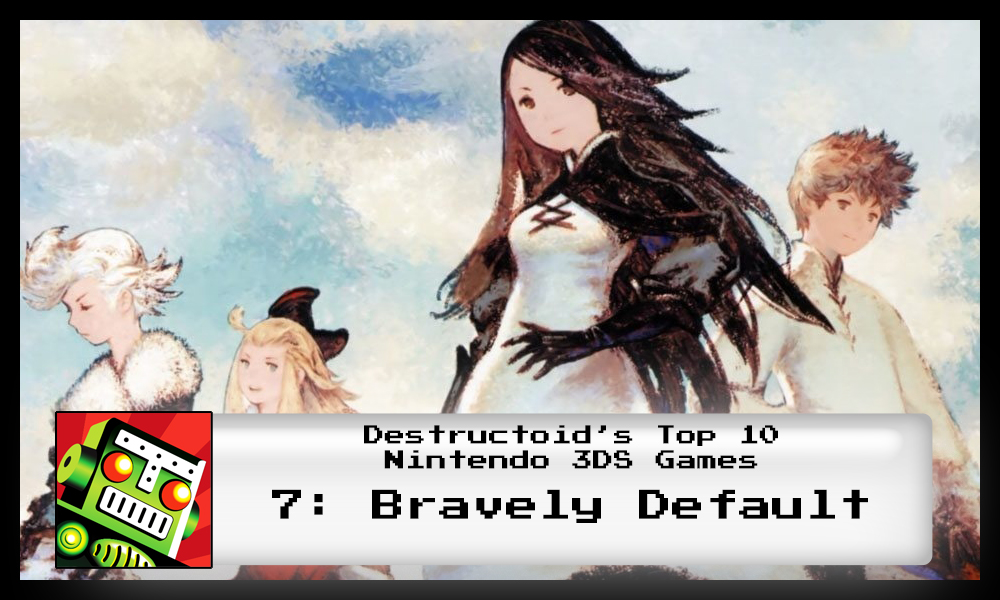 It should be no surprise there is a big RPG presence on this list. The Nintendo 3DS, especially toward the end of its lifecycle, became an RPG machine. It felt like every month we’d see a new role-playing game from the very best developers in Japan and there were so many released that could have made this list. Games like Shin Megami Tensei IV: Apocalypse, Persona Q, Yo-Kai Watch, and Rune Factory 4 were absolute crowd-pleasers. But nothing had as big of an impact as Bravely Second.

Following Final Fantasy: The 4 Heroes of Light, its quasi-predecessor from the Nintendo DS, Bravely Default sought tradition in a field that was increasingly trying to modernize itself. It relishes in those old-school turn-based battles, grinding for XP, and pushing players to experiment with a cavalcade of character classes. And the entire package is wrapped in some of the warmest and most inviting art direction on the console.

Bravely Default was a great reminder that just because something is old doesn’t mean it’s bad. And while the series may have gone quiet, that lesson lives on. 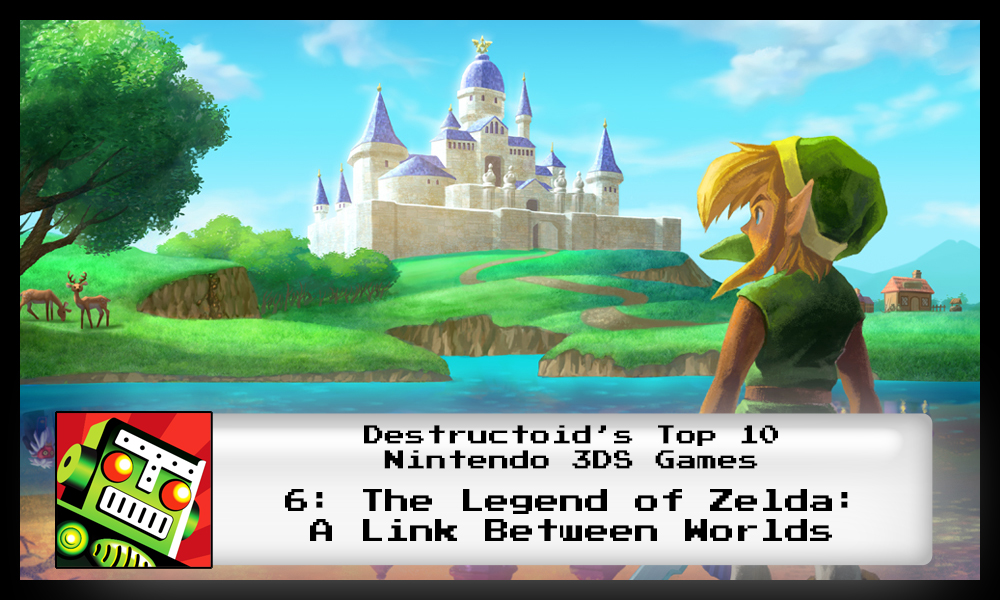 I’m not quite sure what to write here. On one hand, it’s clear The Legend of Zelda: A Link Between Worlds is one of the most celebrated Zelda games ever. With a welcomed return to a version of Hyrule we’re all familiar with, it featured great art direction in addition to some significant changes to the classic series formula, such as being able to rent weapons right away and having an energy meter dictate how many bombs or arrows you had. A Link Between Worlds was an evolutionary title for a series that had fallen into stagnation, and proof that you could teach an old dog new tricks.

And yet, I agree with Chris Carter’s assessment, which still ranks as the lowest recorded score on Metacritic. But as made perfectly evident from the staff voting, we’re in the minority on this one. Clearly, a plurality of team members thought A Link Between Worlds had more than enough heart to make the final cut. The comment section meme may never die, but hopefully you Worlds stans out there can take solace in the fact there are people that write for Destructoid who really like the game.

Be sure to check back tomorrow when I reveal Destructoid’s picks for the five best games on the Nintendo 3DS.