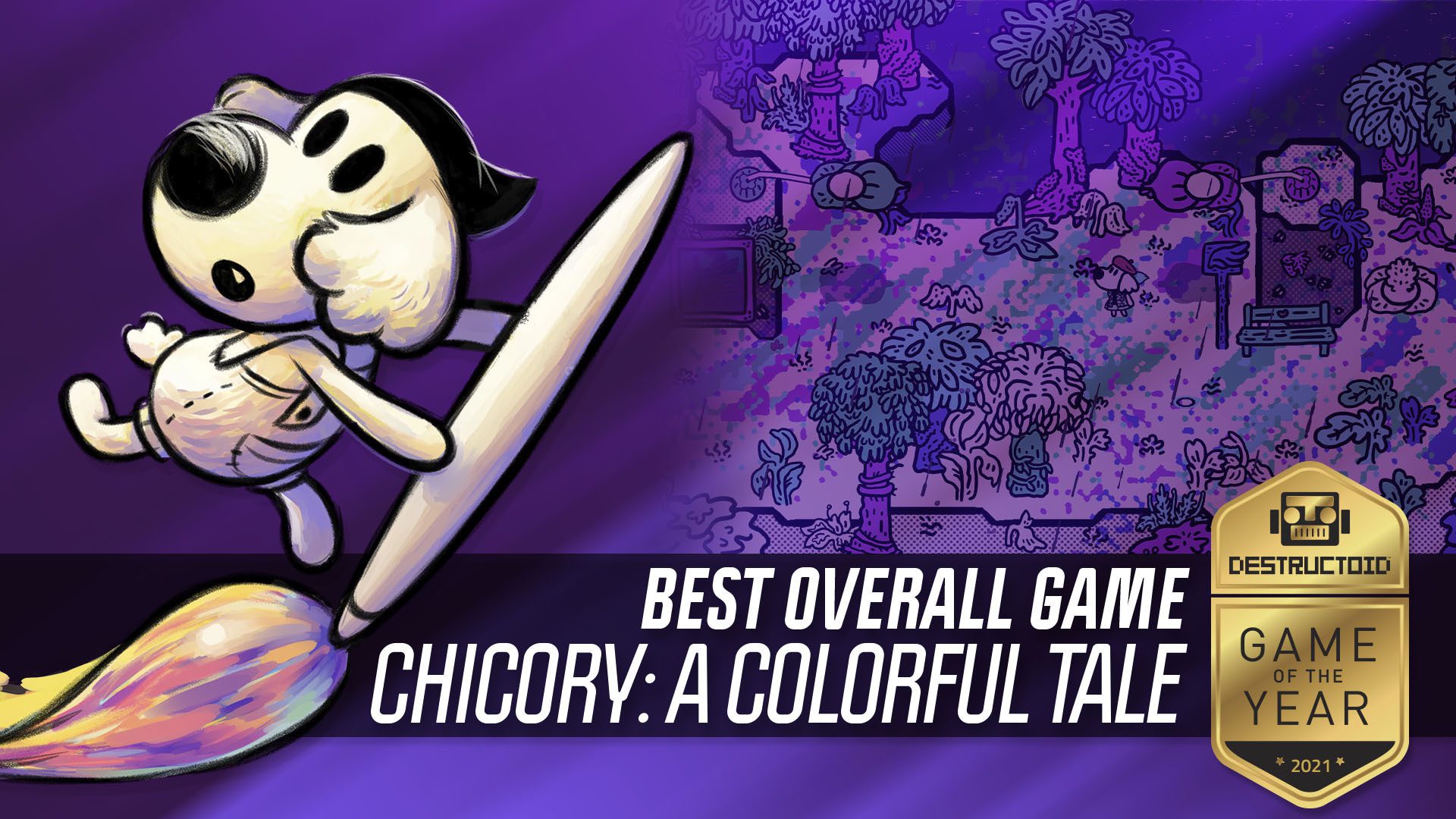 Overall Game of the Year awards, in recent years, can often be unpredictable and exciting. Sometimes the wind blows toward AAA, sometimes it’s indie. Sifting through all of our prior winners in the history of the site, there’s a good mix of both: but the winner this year is decidedly one of the smaller columns in that pantheon. It’s our honor to present our Best Overall Game 2021 award to Chicory: A Colorful Tale.

It’s easy to see why a Zelda-like with a killer soundtrack would be in the running. But I’m really glad that I was able to play it before the voting process, because now I fully understand why it won. On my first session, before I knew it, I was sucked in. Chicory is so breezy that it basically tricks you into playing it for hours on end.

While many games are gated with a progression system, or sidequests that are devoid of emotion but rich in rewards, Chicory takes the opposite tact. Instead, said tasks feel rewarding on a personal level, and dole out cosmetics. Before I knew it I was mixing and matching clothes like I was prepping for a fashion show, trying to find every hidden collectible I could. This is the sort of game some of us need right now. The image below that I took straight from my playthrough says it all.

But Chicory is very smartly designed in that it also caters to multiple groups. While combat is not a focus it does delve into that arena with its comfort food bosses, straight out of old school retro romps. Plus, it has a variable (and lore-linked) hint system that can be dialed up from no hints, to a small hint, to “go to this precise location.”

Earlier I mentioned “emotion,” which is a large part in why Chicory connected with so many critics and players alike. Just like Celeste, Chicory has a humanistic throughput that a lot of people are going to relate to, sometimes to an uncomfortable degree. It’s bold without edge: an increasingly rare quality.

A lot of us resonated with Chicory on multiple levels, but I think our own Zoey Handley’s image below says it all: 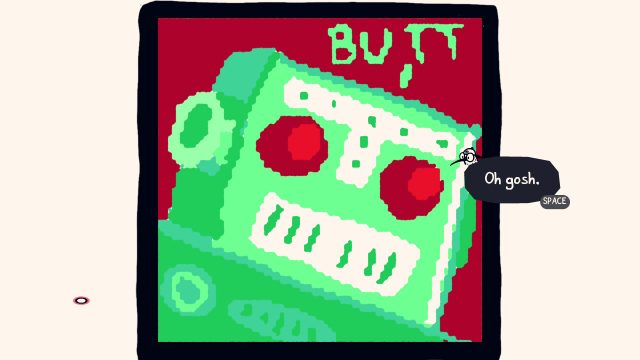