Overall Best Game of the Year. The big trophy. The gold medal. It’s a lot of pressure!

Over the years, many polished AAA titles earn that honor due to their sheer popularity (notice how I added polish in that as a qualifier, sorry Cyberpunk 2077!): if everyone has played it, it stands to earn more votes. But it’s not “AAA Game of the Year,” it’s “Game of the Year.” Enter Hades.

Independent developer Supergiant Games did pretty much everything right with this one. They entered a lengthy early access period in late 2018 to shore up the game and add fan-requested features. Over time, they got it up to an acceptable amount of polish, but also kept a ton of secrets to themselves. In September of 2020, they were ready for the world to see the fruits of their labor: and it paid off.

Having seen the true ending in-game for myself, I can attest to the raw power of Hades. Like a roguelite siren’s song, it called players of all walks of life, even those who didn’t enjoy roguelikes. Progression, even in failure. Rich, lore story rewards, even after dying a quick death. Supergiant pulled off something very few genre staples have to date: encouragement.

This is a world that inspired many; a universe that people have been pondering long after their last run, whenever that may have been. You only need to play it for a few minutes to see why this is Destructoid’s 2020 Game of the Year. 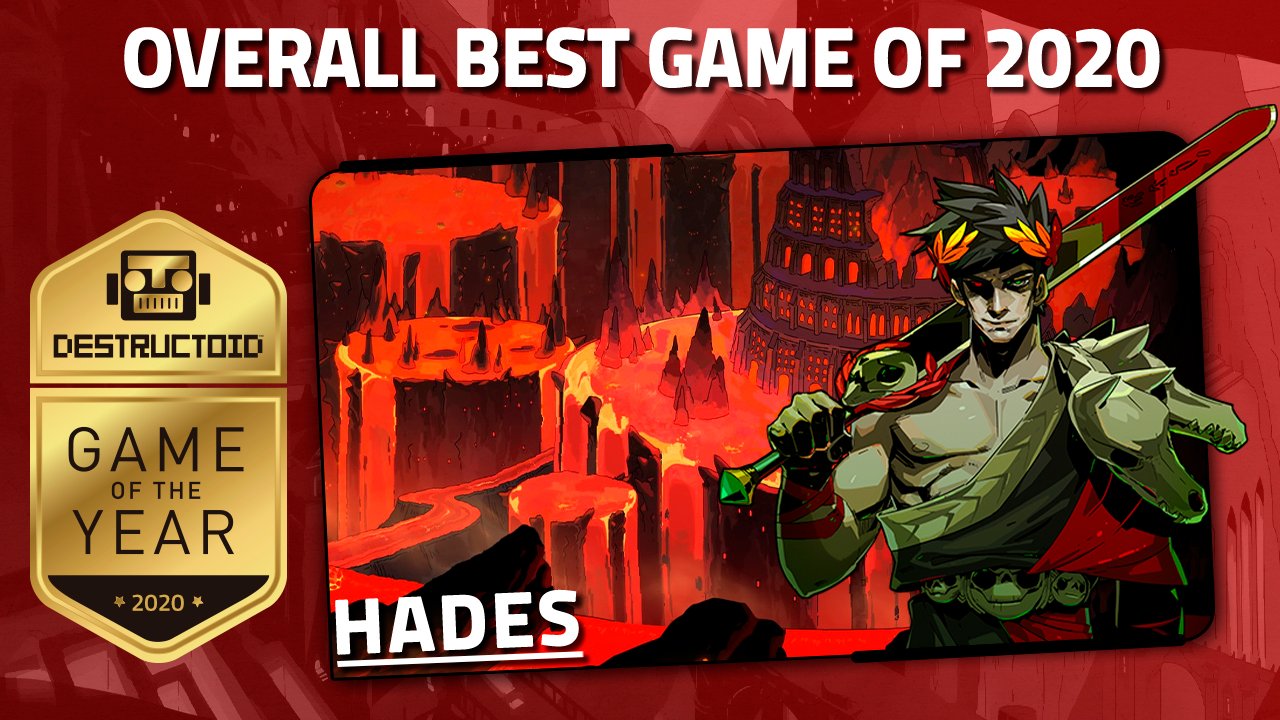