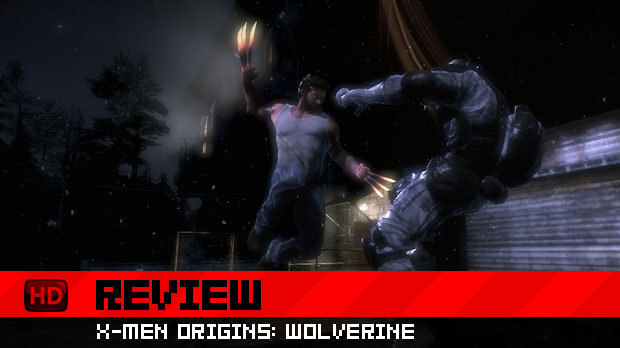 We all know the story when it comes to videogames based on movies. Rushed out of the gate to coincide with the theatrical release, lazily put together to cash in and make a quick buck off the back of some Hollywood travesty. At first glance, X-Men Origins: Wolverine should rightfully inspire the same sense of apathy that usually accompanies a licensed game.

However, as you may have already heard by now, Raven Software’s brand new Wolverine game might not deserve the usual cynicism and derision reserved for the typical movie game. This is a game made by Wolverine fans and crafted with a genuine love for the source material, despite compromising with evil publisher Activision to base the game off the recent film.

So, is this truly one of the few licensed games that doesn’t suck? Read on to find out!

X-Men Origins: Wolverine does what any superhero videogame should do — it makes you feel like a badass. Just like the Spiderman games scored points with a great web-slinging mechanic, Wolverine brings its own unique super power to the table — the lunge. Taking the iconic image of Wolverine pouncing on his opponents as seen in many a Marvel comic, Raven Software has created an action game that truly harnesses the feeling of being one of the world’s most recognizable comic book characters.

It’s true that for the vast majority of the game, all you need to really do to take out huge swathes of enemies is just leap from foe to foe, cutting them to shreds with very little resistance. However, this isn’t a bad thing — it’s exactly what it should be. Most of the opponents in Wolverine remain little more than claw-fodder, being churned out and fed to our adamantium-enhanced hero. The game sets out to empower the player and make them feel incredibly cool. It succeeds. 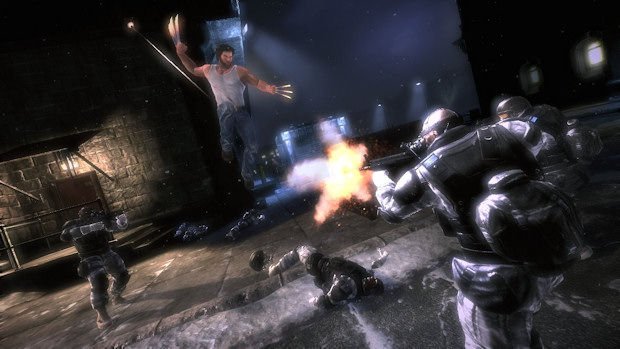 Wolverine‘s story is, naturally, based on the film and constantly flits between Logan’s time in Africa and his post-Weapon X adventures. Perhaps the movie is more coherent, but I had a hard time following exactly what was supposed to be going on half the time. I don’t know why Logan was cutting up African people, and we’re never even told why certain former members of Team X are trying to kill him. It’s not explaind why Nord and Dukes are so hostile toward Logan, and the relationship between Logan and Stryker is rather sloppily defined. Characters are introduced and then removed with little to no fanfare. That said, the story is not important, because this is all about the blood.

Yes, blood. Unlike the movie, this videogame is brutal, and Raven makes no apologies for that. Logan is finally as savage and ruthless as he’s always claimed, putting those adamantium claws to good use and carving up enemies in a variety of inventive and hilarious ways. Most finishing moves involve a lost limb, or being stabbed in the testicles, or just picked up and driven headfirst into the ground so hard that the skull explodes. There are also environmental kills, with players able to lure enemies near spikes, electrical outlets and cement mixers for some vicious justice. 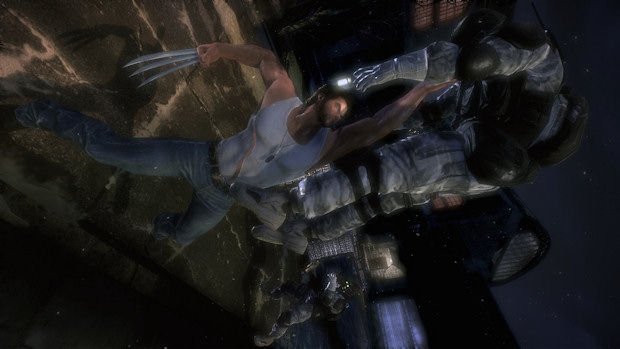 Combat is very simple, and nothing that God of War fans won’t have already encountered. Light and strong attacks can be combined with a variety of simple simple button presses, and by holding a shoulder button along with one of the face buttons, Logan can access some powerful “Rage” attacks that drain a special power meter. Simple, derivative stuff, but if it works, it works. Lunging is very simple, requiring you to hold the Left button to target and the Right button to jump. Pressing the Y button at the moment Logan hits an enemy will also allow players to smoothly transition from a lunge to a devastating claw attack.

The combat is helped along by a number of highly memorable setpieces, such a Spillway chase in which Logan has to lunge from the back of moving trucks, or a scene in which he leaps onto a helicopter, smashes the window open, yanks out the pilot and holds his head up to the chopper’s rotor blades. These scenes are gratuitous and serve no purpose other than to be cool for cool’s own sake, and that’s what I like about them. 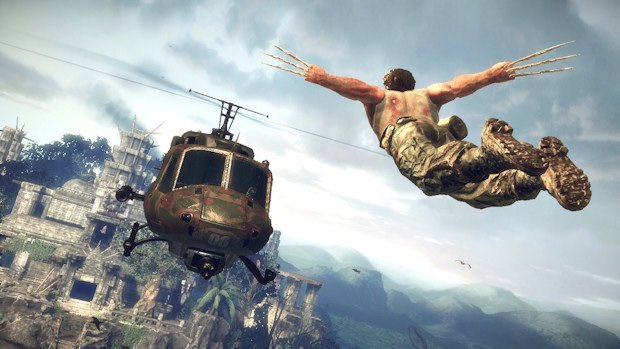 Unfortunately, Origins is held back by a few key problems that stop it from being truly great. The game’s second half fails to live up to the first, and awkwardly tries to cram in plot details and boss fights with no sense of transition. The repetitive combat also starts to wear thin at some points, and there are a number of inane puzzle sequences that range from boring to infuriating. The game’s boss fights are also quite disappointing, especially the constant Wendigo battles that involve you dodging attacks, lunging onto their backs and hammering the attack button. The first fight against these enemies was fun enough. By the fifth I was getting really sick and tired of doing the same old thing.

Even the battle against the Sentinel, which should have been epic and thrilling, was quite dull and very irritating, especially during the skydiving section where one has to avoid a load of metal crap being thrown at Logan without any sort of warning or time to react. 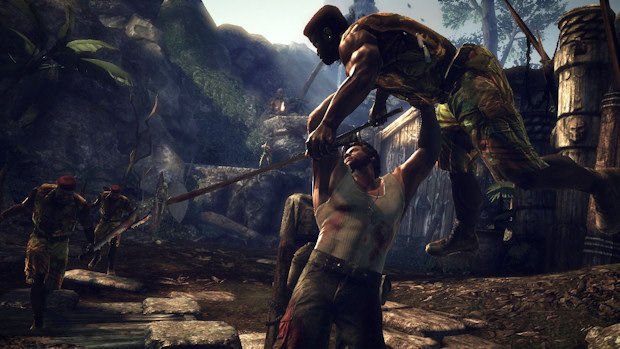 Despite these sluggish moments, Wolverine still manages to remain enjoyable just by continuing to do what it does best and making Wolverine the toughest videogame character he can be. The lunging never gets old, and when there are enemies who prove to be more lunge resistant, it can be fun trying to work out the best way of killing them. Discovering that you can grab one particular enemy’s shotgun, force it under his own chin and then pull the trigger is one of many delights players can sample.

As one may expect, there is a light leveling system in the game, with Wolverine gaining experience from each kill and from the numerous collectible dog tags scattered throughout the stages. Each level awards the player two new skill points, which can be invested in attack power, health, Rage and Logan’s various special attacks. Taking a page out of BioShock, a number of Mutagens are to be found throughout the game which can be equipped to Mutagen slots and, very much like Plasmids, confer extra unique abilities. 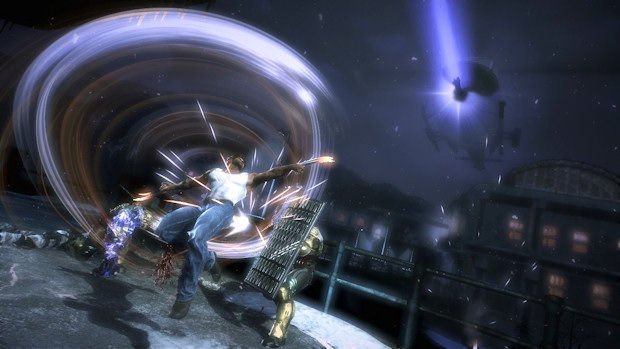 Graphically, the game looks the part, with some terrific animation, especially when it comes to rendering Hugh Jackman. The various environments get recycled all too often, but are detailed and full of extra hidden easter eggs that should provide a few laughs here and there. The production values are high, and the game is surprisingly tight all over. At times I witnessed a few elements of slowdown and dodgy cutscene animation, but the overall aesthetic is generally consistent in its quality.

X-Men Origins: Wolverine is a good game. A damn good game. For many it’ll be a rent, but for fans of the character I would say there’s enough incentive for a purchase, especially since there are some neat extras such as the ability to unlock classic comic book costumes for Wolverine to wear. It feels so good getting Hugh Jackman into some yellow spandex. If you’re cynical when it comes to movie licenses, do check Origins out. Just like me, you may be very pleasantly surprised.