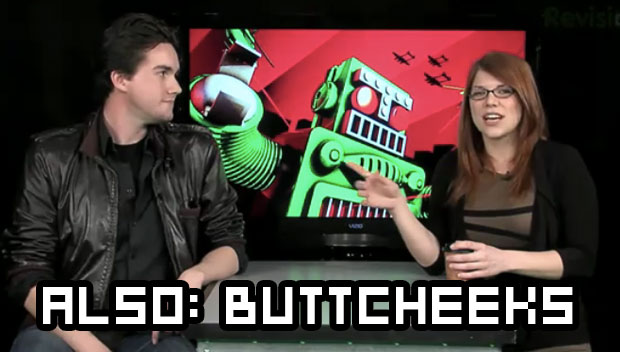 Hello, my special people. Today’s episode of Destructoid is live and ready to be gazed upon by your hungry eyes.

In this episode, Tara discussed a couple of news stories involving the iPad and iPad 2, to which I paid little attention, because I was too excited about the ESRB’s report on Two Worlds 2. Specifically, the part about exposed buttocks and cursing. After that, we talked about Mattel’s new deal with THQ, and then I got really upset because the director of Kid Icarus: Uprising says the Nintendo 3DS is only 3D if you sit really still.

Somehow, this led to me shouting about Teleroboxer and The Power Glove. And robot cats, or something. (I don’t even know, I had like four energy drinks before ten this morning.)

Watch us flap our sexy, awful gums for you after the jump.