More ways to do the same old thing

Bungie has finally revealed more details for Destiny‘s upcoming co-op arena, Prison of Elders. The various announcements were made this morning through a live Twitch playthrough of one of the prison’s stages. The main thing you need to know? Prison of Elders will be a challenge. Whether it’ll be any fun, however, remains to be seen.

Here are the highlights and important bits from a stream that ended up being an hour and a half long preview of Bungie employees getting their butts kicked.

Prison of Elders will become available after you’ve completed the House of Wolves expansion levels. The prison is set up into multiple ‘arenas.’ The first arena is the basic experience; it’s set to level 28, features matchmaking, and rewards you with House of Judgment reputation, Engrams, and Vanguard Marks/Rep. You can play this base arena as many times as you want per week. While the rewards aren’t great, Bungie claims that this level will feature some randomized elements, promising that “every time you play you’ll get a new experience.” 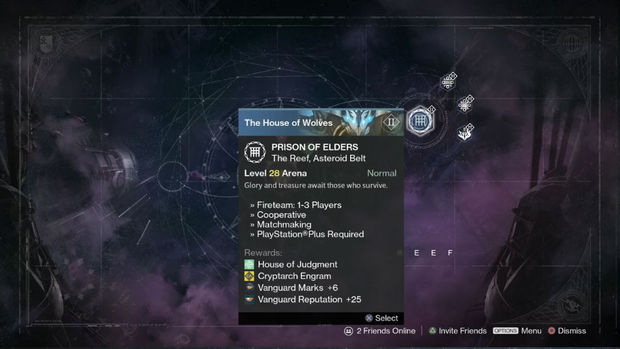 The real Prison of Elders experience comes packed in what they’re calling Challenge Modes. Every week, players will be able to complete Challenge Modes at level 32, 34, and 35. And yes, you can do all of them in one week. There are six total levels, meaning the level 32 and 34 modes will rotate out every week. The level 35 will stay the same, but it’s likely it’ll have different modifiers every week.

The actual arena levels are broken up into waves and rounds. Each level has four or five rounds, and each round has three waves. To keep things from getting boring, each round is affected by a modifier, including possibly one of the many new modifiers coming in the expansion. Oh, and sometimes a round will also require you to complete objectives amid the combat, like disarming bombs or killing a specific, overpowered target. 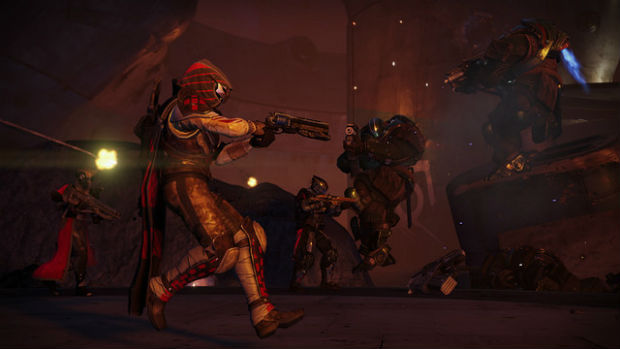 Every level will end in a boss fight, which unfortunately wasn’t featured in the Twitch stream because the streamers kept dying on round four of the level 34 arena. Bungie staff was very insistent that Prison of Elders is endgame content and is meant to be very challenging, but after their fourth wipe even the streamers seemed defeated.

If you, like the Bungie streamers, happen to get stuck or need to leave halfway through a Prison level, you’d best be willing to start the level from the very beginning next time. Unlike Destiny‘s other endgame content, Prison of Elders won’t let you leave and return to checkpoints between rounds. 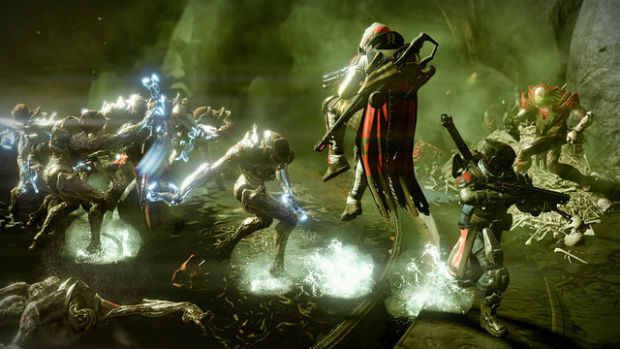 I’m not too sold on Prison of Elders. The whole experience feels like an extra-long strike with little in the way of something actually new, or a raid with all of the fun parts cut out. Really, this new gameplay mode just somehow makes me even more upset that there won’t be a raid coming with House of Wolves.

Like it or not, Prison of Elders is included Destiny‘s upcoming House of Wolves DLC, which will be out on May 19 for the PS4, PS3, Xbox One, and the Xbox 360.