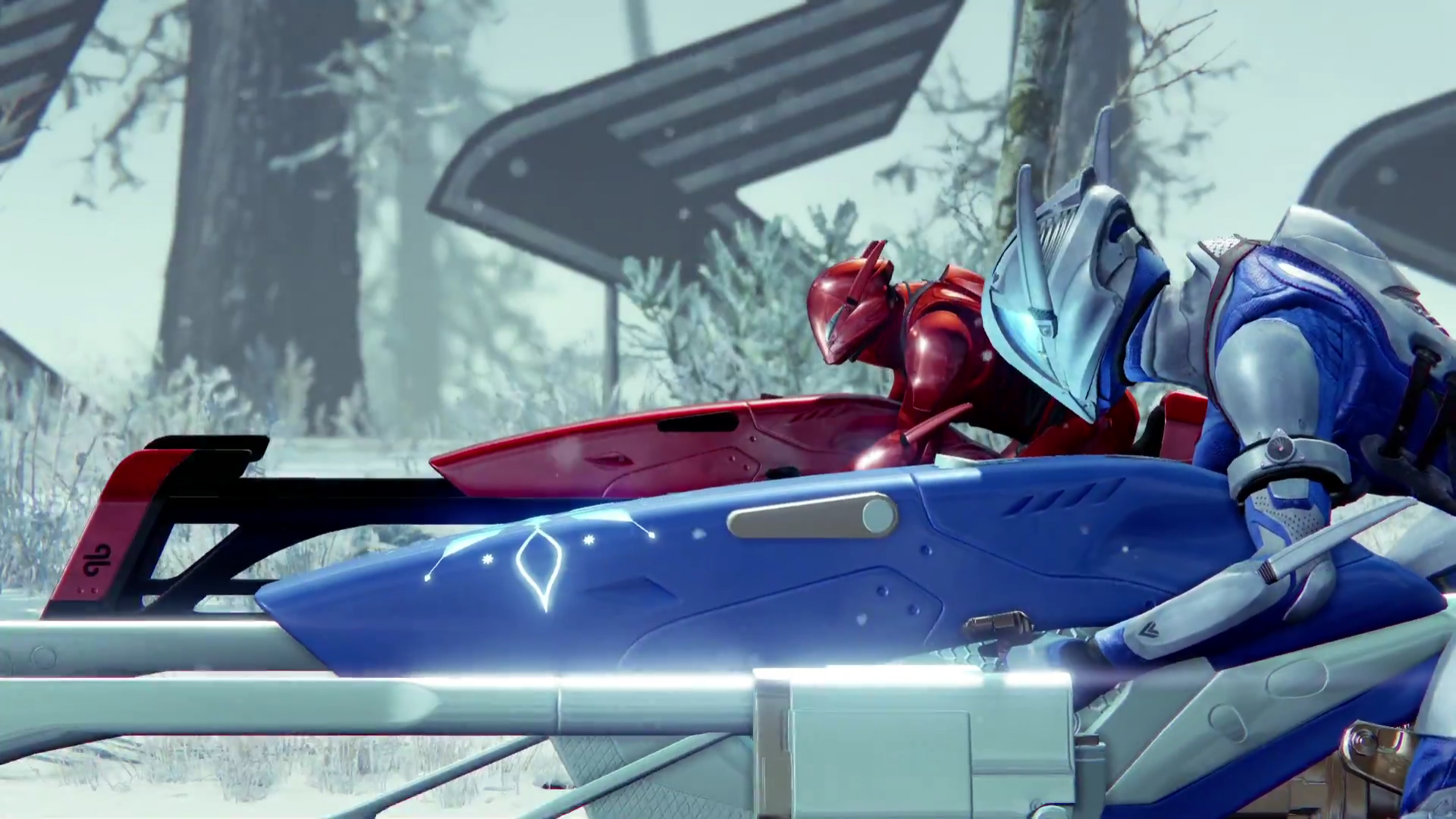 In December of 2015, Bungie shook its loot-shooter Destiny up with Sparrow Racing League (SRL), a three-week event that had Guardians hanging up their weapons for a bit to careen their hoverbikes down a couple of treacherous courses.

It was a fun little free activity, if a bit shallow. It featured only two courses, one each on Venus and Mars. There were a few short quests attached to it and some cosmetic gear, but not much else. Another common complaint with the event was that it offered nothing for players who don’t care about racing.

The Dawning seeks to address both of those issues. SRL is coming back for three weeks again, with two new tracks (one on Earth and one on Mercury), doubling the total number of tracks. For those who would rather stick to shooting aliens in their stupid alien faces, The Dawning is also debuting Strike Scoring, which brings an arcade scoring system to Destiny‘s beefier missions, almost in the same way it updated 2015’s Prison of Elders with the Challenge of the Elders in 2016.

Unlike SRL 2015, this year’s activities will be available after the event ends, via the recently added private matches in Rise of Iron.

The Dawning will be free (with cosmetic microtransactions) to owners of Rise of Iron. Guardians with The Taken King but not Rise of Iron will still get to race Sparrows, but only on the original two tracks.