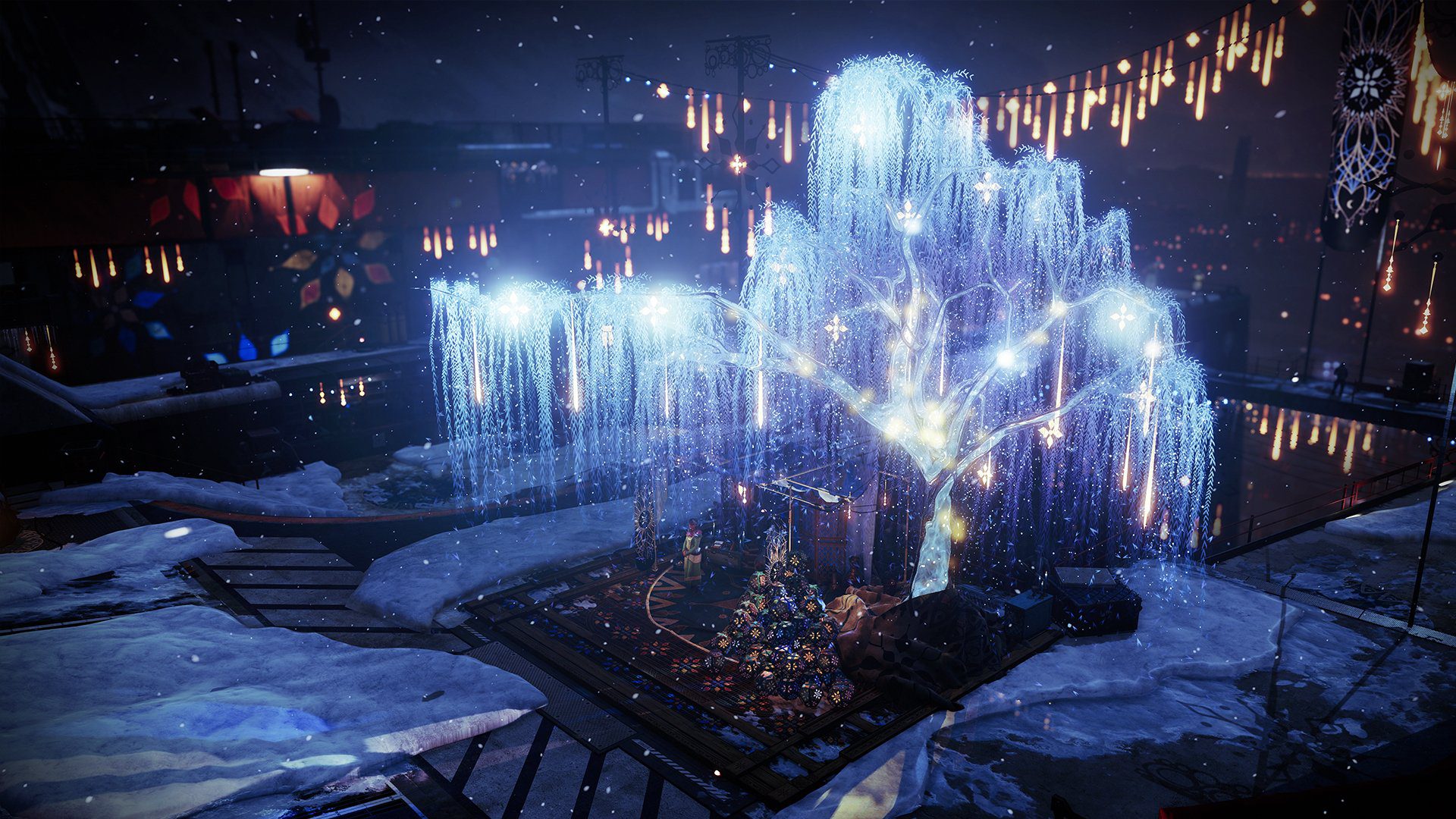 So Destiny 2 just had an ice-themed expansion, which is perfect timing.

Once again, as is tradition since the original Destiny, Bungie is holding their Christmas event: titled “The Dawning.” It starts next week and will involve winter decorations (like Engram presents); but it’ll also feature a new legendary fusion rifle called the Glacioclasm. Oh, and a new exotic ship that you can upgrade while The Dawning is happening, and customize. Item chasing, here we come.\

In addition to the in-game events and quests, Bungie is naturally adding more microtransactions (Eververse): with three bits (Glee Barrage/Merry Maker weapon ornaments, and the Happy Trails finisher) exclusive to real-money (silver). More sparrows, ghost shells, and ships are hitting the Eververse too, which you can actually earn via bright dust: an in-game currency.

As far as mechanical business goes, Bungie is taking another look at the Warlock’s stasis capabilities. If you recall, stasis is the new power/skill tree that was added in with the latest expansion, and it was swiftly hotfixed to lower its power level. Now, the Warlock is getting buffed back up to account for Bungie going overboard with it compared to other classes.

Since Warlock is indeed the best class still (always has been), it’s the right decision.