And some vague ones

While The Dawning was running over the past few weeks, Bungie was mostly on vacation and communication has been fairly dark. It broke the silence today with a huge blog post touching on its plans for Destiny 2 in 2018.

In an attempt to be less tight-lipped about plans, it’s a pretty big info dump. Also, the further out things get time-wise, the less specific. In the next few weeks, we know pretty well what to expect. Past that, it’s a lot of stuff like “better clan rewards” or “Trials of the Nine improvements.”

But hey, that’s better than nothing, I guess.

There are probably too many plans and updates to enumerate, so if you want to read them all, you’re best off just hitting this ol’ Internet hotlink here and poring through it. If you just want the highlights, pull up a chair and stick around for a while.

Season Two’s first Faction Rally starts next week on January 16 and its first Iron Banner is two weeks later, starting January 30. Crimson Days (Destiny‘s Valentine’s Day event) will be on this year (after having skipped last year), starting February 13. In contrast to the most recent iteration of The Dawning, leveling up during Crimson Days will award two Bright Engrams, one regular and one specific to the event. There will also be unique cosmetic customization items that can be earned through completing high-level content. 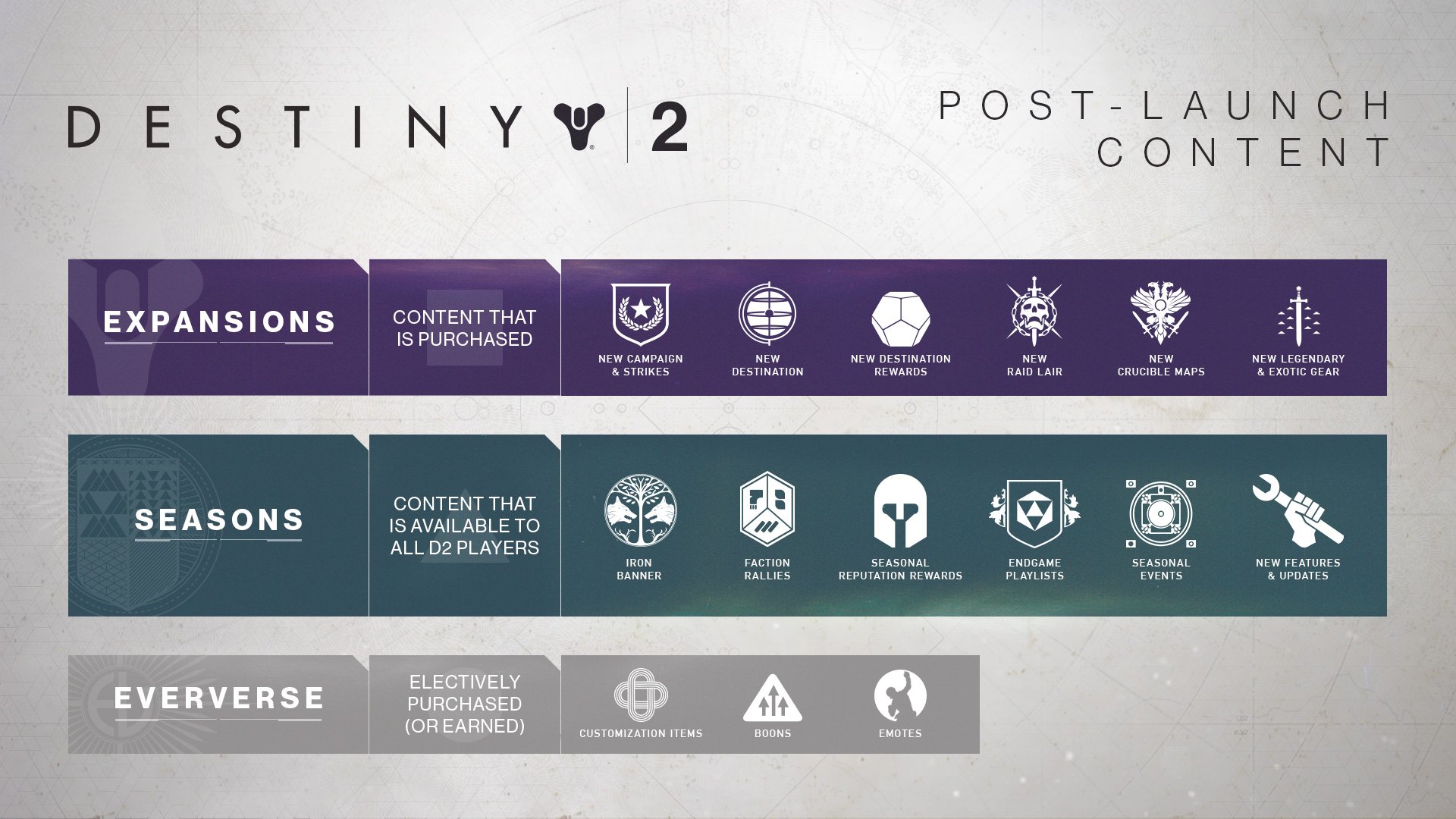 The Masterwork system that was added to legendary weapons late last year will be extended to armor. Raid armor is going to be unique, with individual perks that affect raid encounters. (This is great, but it’s a little nuts that Destiny 2 is finally adding in something Destiny 1 did from day one.)

Nightfalls are being completely reworked. Rather than being on a timer, they will incorporate another old/new mechanic: Strike Scoring. It isn’t immediately clear how Destiny 2 will maintain the difficulty Nightfalls are known for, but it will have high score leaderboards.

Crucible is getting two new measures of achievement. Valor shows how much you play and Glory shows how well you play. Private matches are coming back. Six-versus-six is coming back. Mayhem will be on rotation, not just during The Dawning.

On the one hand, it all sounds pretty good. On the other hand, most of the improvements are just elements Destiny 1 had that didn’t make it into Destiny 2 at launch, so it’s a little tough giving too much praise. Still, I’m looking forward to sticking with it throughout the year.