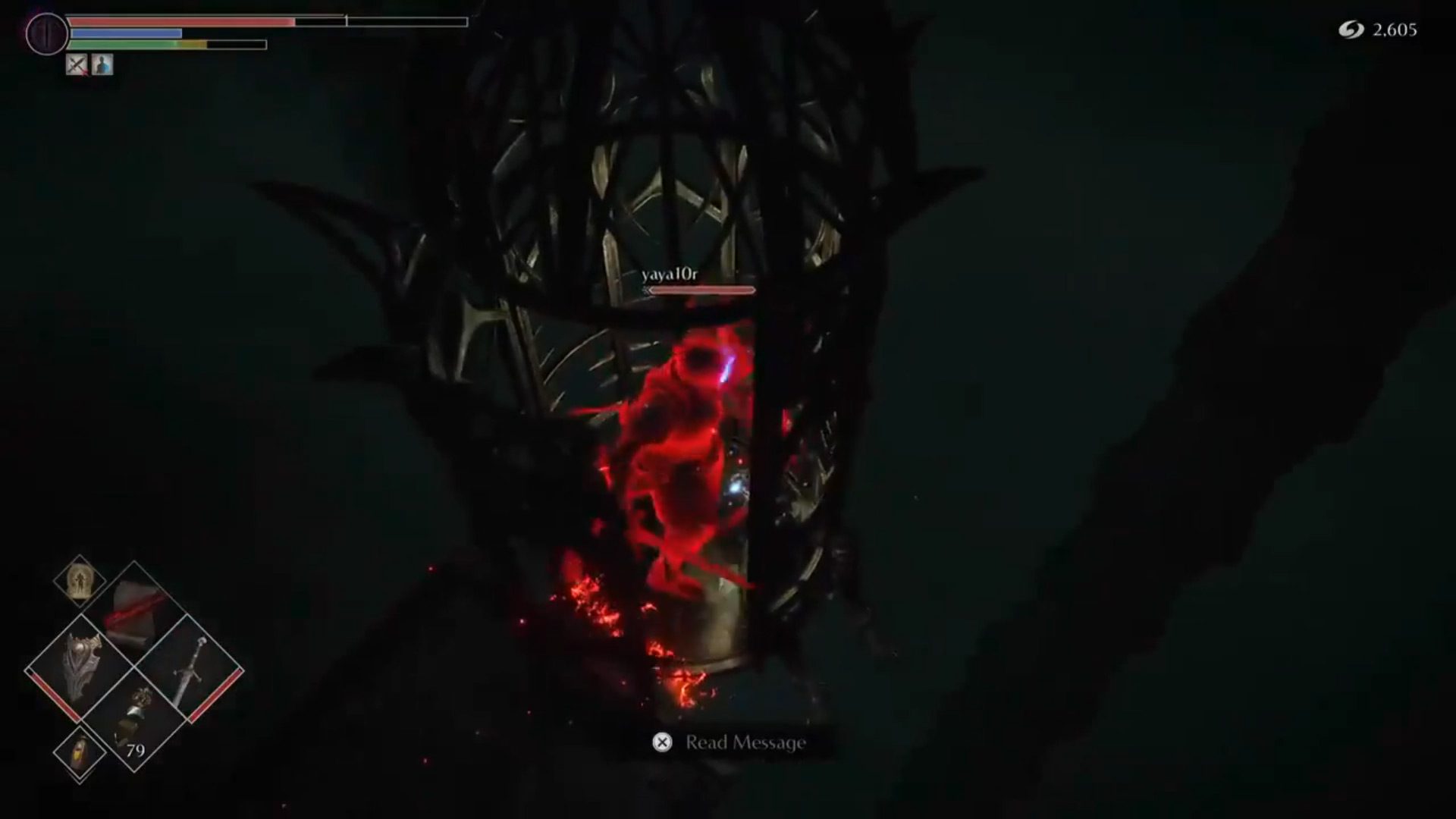 Clowns to the left of me, jokers to the right

Don’t mind me, just thinking of reasons to roll a fresh character for Demon’s Souls PvP.

It’s been several months since I’ve played Demon’s Souls — honestly, reason enough for a revisit — and I didn’t engage with the PvP much on PS5. My energy went into the platinum trophy, and now that I’ve built it back up, I’m ready for shenanigans.

This literal cage match, recorded by Reddit user EnderSkoom, is the tipping point.

2 guys fighting in a cage, 0 ft apart because they are killing each other from demonssouls

I want in on this particular brand of PvP nonsense. It’s a fun mess.

This area in Upper Latria freaks me out when it’s just unsettling walkways and gargoyles swooping down on me, but invaders, too? I won’t lie: I can definitely relate to the player in the clip who immediately rolls for dear life and tries to escape. My fight-or-flight instinct also would’ve been to jump in the cage contraption for a quick exit — you know, to give myself some room to “properly” fight, not to flee like a total coward or anything.

Pursuer or prey, there’s a thrilling rush to Souls PvP. I hope Elden Ring carries the torch even further. I have this looming feeling that I’m going to want to run through the whole series again leading up to its 2022 launch. PvP antics will play a memorable role, though admittedly I’ve always had much more affection for Dark Souls III, particularly the rooftop playground after Pontiff Sulyvahn. What can I say? I’m a Mound-Maker for life.