Straight from NeoGAF is this rough demo video of Ubisoft Montreal’s latest project, “Osiris.” The news was discovered shortly after it was revealed that Ubisoft is putting the Prince of Persia series on the back burner.

A Prince of Persia-like game was hinted at during the last E3, but it turns out instead to be a new IP set with an Egyptian theme. After some footage of a mo-cap session for the game, we catch brief glimpses at concept art featuring an insect plague, an earthquake, a pharaoh, and some other strange person / creature that quickly flutters across the screen.

This is such an early peek from the Assassin’s Creed studio that we don’t even know what platforms it’ll run on. Again, you can find that video over here. 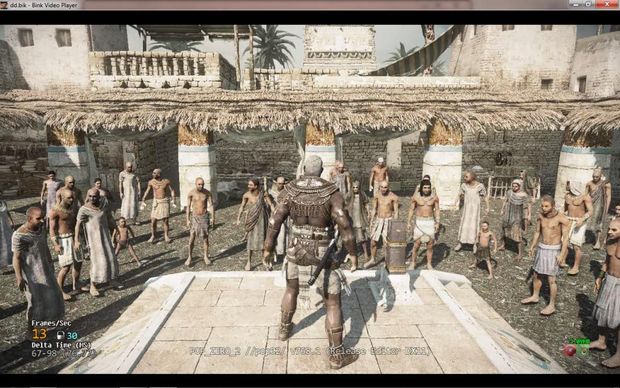 Also from NeoGAF are a few screens of the E3 leak to show how they are similar to the uncovered  footage. Check the rest in the gallery.