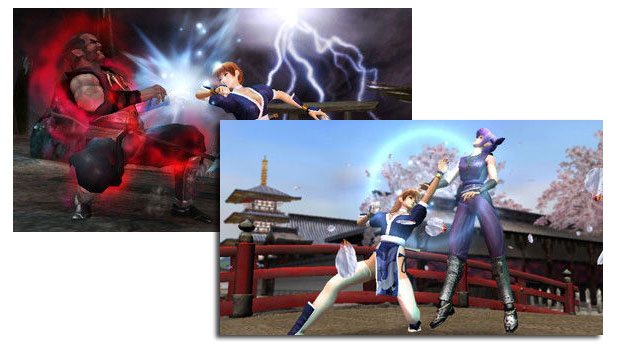 Earlier this year, when Tecmo Koei announced it was bringing a Dead or Alive game to the 3DS, I’m pretty sure we were all thinking the same thing: “Please don’t be some creepy gift-giving beach romp sim game.” Well, it’s not — it’s called Dead or Alive: Dimensions and it’s a fighter, and Famitsu has the first details.

Well, I use “details” very loosely. Characters confirmed are Kasumi, Ayane, and Hayate; they’ll fight near a mountain and in Kyoto. So that’s confirmed. As far as gameplay is concerned, Famitsu didn’t spill those details only hinting that it may not play like a typical 3D fighter.

It certainly looks damned good; the screenshots Famitsu has posted look gorgeous for a handheld. Imagine that in 3D! Tecmo Koei has already announced its line-up for next week’s Tokyo Game Show, and it didn’t included Dimensions. But if it’s there, we’ll find it. Stay tuned.

Filed under... #Dead Or Alive