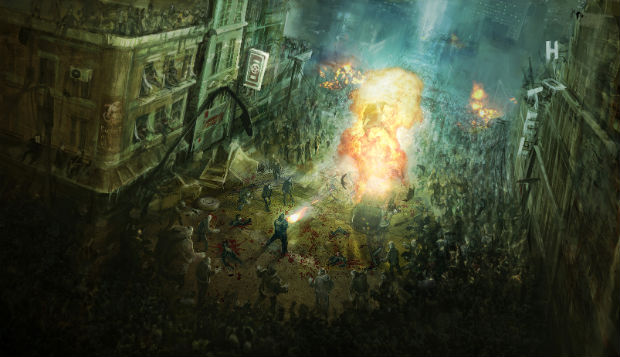 Sony has announced that Housemarque’s top-down zombie slaughtering PlayStation Network title, Dead Nation, will be available on November 30 for $14.99.

Housemarque is probably best known to PS3 owners as the developers behind the awesome twin-stick shooter, Super Stardust HD. Think of Dead Nation as a grittier, darker version of that game and you’re on the right track. As much about getting a high score (based on kill multipliers and such) as it is about surviving, Dead Nation seems like a good time for fans of arcade-style action and flesh eating ghouls.

I’ve played quite a bit of an early preview build of the game and enjoyed it, but Conrad Zimmerman is playing the final version right now for review. Expect his verdict soon.