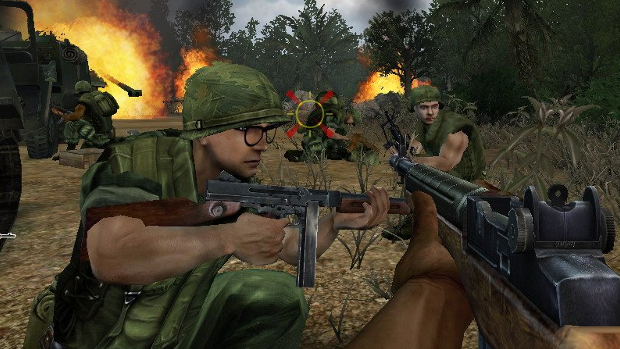 We haven’t had a good Vietnam War game since, uh, have we? I can only remember Shellshock: Nam ’67.

Anyways, Nordic Games, which recently devoured THQ’s heart to steal its power (that is, acquired rights to Darksiders, Red Faction, and de Blob), has just bought the Men of Valor franchise from studio 2015 Games. I’m already not digging the series title.

Nordic announced no plans for the series, but explained, “with the addition of this IP, our shooter portfolio becomes enriched with a real classic.”

I feel like “it’s a real classic” is how a guy four Natty Ice deep at 11AM sells a beat up, hardly running, rust-eaten ’71 Cutlass Supreme to a teenager, so I like this deal.