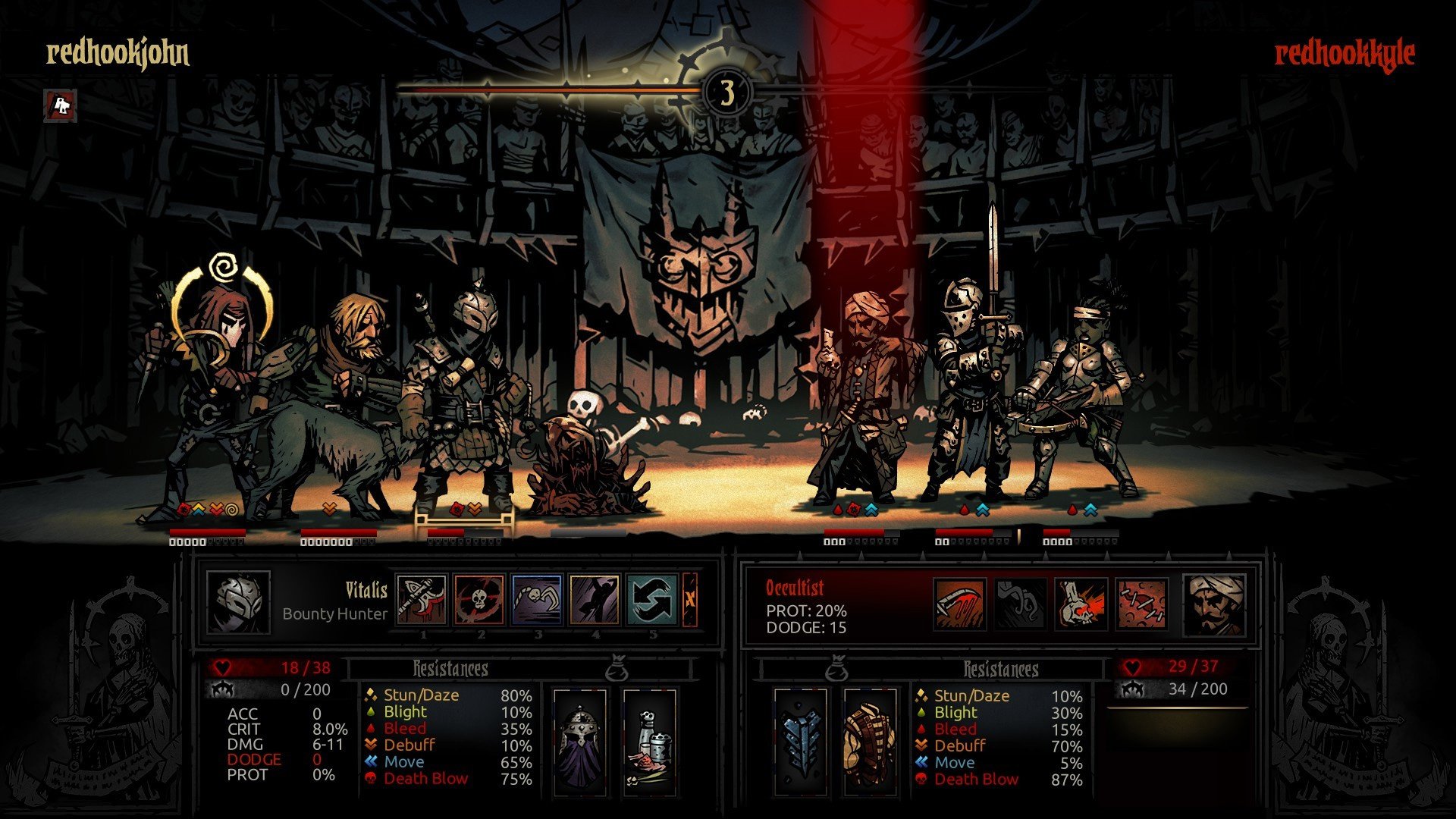 A relatively laid-back break from the game’s normal stressors

I appreciate it whenever a cool April Fools’ Day gag turns out to be a real project. That’s the case for Darkest Dungeon: The Butcher’s Circus, an upcoming PvP-themed DLC for the brutal strategy RPG.

The add-on will let players pluck four of their favorite fighters from the campaign and duke it out in “no-holds-barred PvP combat.” Don’t worry: their lives aren’t on the line as far as single-player progress is concerned. The mode also has its own “gladiatorial trinkets” and “banner components” to unlock.

The new arena will be accessible from the Hamlet, and Red Hook Studios had narrator Wayne June record new quips to liven up the PvP battles. I’ve gotta say, the hero roster screen looks badass.

The Butcher’s Circus is coming to Steam in May 2020. As for Darkest Dungeon 2, the sequel is “still in progress!” The PvP DLC was “developed alongside DD2 with additional resources and staff.”